Residents in Ward 7 Makokoba say there is a need for engagement with responsible authorities who allocate business stands as most people who do business in the area are not locals and are not contributing to the development of the ward.

Makokoba is the oldest township and the first black African Suburb in the city.

Besides operating grocery shops, some of the other viable small businesses in the ward include welding, craft, woodwork and chicken rearing amongst others.

In an interview with CITE, Mark Sibanda a resident said they are not given priority when allocating commercial stands.

“As residents, we feel that we are shortchanged when it comes to commercial stands. When one sees business booming in this location they think it is people from Makokoba but in actual fact, these are not residents of this area,” said Sibanda.

He added that it is hard for non-residents to use their resources to develop the area.

“It is difficult then for these business people to develop this area because they are only here for money they will not invest anything when it comes to developmental projects.

Sibanda said that there was a need for engagement with responsible authorities so as to give priority to disadvantaged people in the area.

“As it is there are old people, orphans and other disadvantaged members of the community who would benefit if they had a stand to do their small business but that is not happening as they are not being given a priority,” he said.

Another resident, Skhumbuzo Mpofu said there is a need for locals to be allocated space to operate their businesses.

“As people from this area I think it’s only fair for permanent residents in this ward to be allocated these stands,” said Mpofu.

“From the money, we get through the businesses we can be able to even pay our bills but as it is, the situation is hard because there is no other business we can do since we do not have operating space,” Mpofu said.

When contacted for a comment, ward 7 councillor Shadreck Sibanda said they usually advertise vacant spaces in the press.

“When it comes to shops, they are tendered out by the council and advertised on daily newspapers for those interested.

“Yes, it is true that the community is not benefiting much from these shops and when it comes to stands where they do other menial businesses you will realise that maybe the person operating in that stand inherited that space from someone who has since relocated,” said Cllr Sibanda.

He said there is nothing much that can be done since people relocate due to certain developments.

“Some were once residents of Makokoba but due to change in the quality of life maybe moved to another location but they are still operating from those stands”.

Cllr Sibanda, however, blamed the business community for failing to contribute to the development of the area.

“I have to acknowledge what the community is complaining about as I have approached some business people when residents are faced with problem such as funerals but they fail to assist in such cases”.

He said there was need for community to work together for the development of the area. 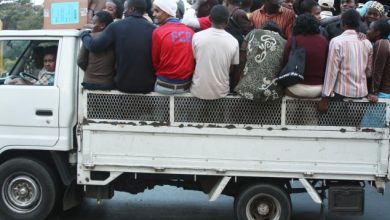 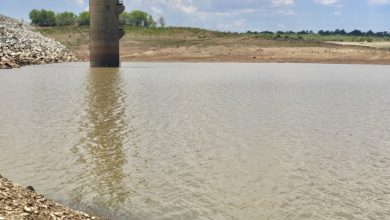 Our dams are not silted, BCC insists