Two men who had gone to harvest Mopani worms at Emagetsini area near Collen Bawn reportedly survived death by a whisker after they were severely assaulted by a machete-wielding gang.

The gang then proceeded to rob them of their valuables including cellphones and an undisclosed amount of cash.

The two victims were later ferried to taken to Gwanda hospital for medical treatment.

Narrating his ordeal from the hospital bed, Madzibaba Taona Madewe from Harare told CITE that they were attacked without any provocation.

“This attack occurred on Tuesday morning when I was harvesting amacimbi at an area close to Collen Bawn while in the company of three other church members,” he said.

“After filling up our buckets with amacimbi we sat down and started preparing them and it is during this period that a gang of men numbering about 20 approached us armed with machetes.

“They started assaulting us using machetes, stones and logs and as a result, I was left with a broken left rib, two fractures on the right arm, one fracture on the left arm and a dip cut on my head.”

He added that during the attack a female congregate managed to flee while the others sustained minor injuries.

“These guys were very ruthless and meant business. After the assault, they then searched us and took away our wallets and cellphones,” narrated Madewe.

Contacted for comment, Matabeleland South Police Provincial Spokesperson, Chief Inspector Philisani Ndebele confirmed having received the report but could not give more details. 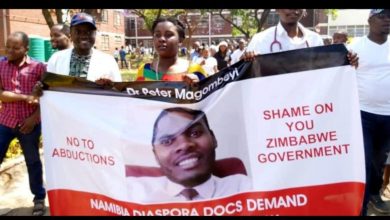