Section 281 (2) of the constitution categorically states that traditional leaders must not be members of any political party or in any way participate in any partisan politics.

Debating a motion on the report of the Zimbabwe Human Rights Commission on the 2018 Harmonised Elections in Parliament, Tuesday, Hon Matangira said traditional leaders have always been political before colonisation hence should not be excluded from politics.

“When we talk of village heads and chiefs, these are the people who were ruling and running this country before colonisation and when we started on the politics, we noticed that as of now, the chiefs and the village heads are told to avoid politics yet when you look at Britain, the King and the Queen are involved in politics and that is why they are leading the country”.

He said traditional leaders vote, meaning they have political preferences.

“When you say chiefs and village heads should be apolitical, we are saying – do they participate in an election and which party do they vote for because if they go for elections and vote for a party, then they are included in the politics.

“People should not say that chiefs should not participate in politics,” said.

Chombo gave reference to Ntabazinduna Chief Nhlanhla Ndiweni who she alleged had overstepped his jurisdiction as a traditional leader.

Chief Ndiweni recently found himself in the eye of the storm when he called on western countries to impose sanctions government leaders if they went ahead and repossessed a piece of land in his area in Ntabazinduna which is currently occupied by a white commercial farmer.

The firebrand chief also said he did not recognise President Emmerson Mnangagwa`s government.

“Traditional leaders should not act in a partisan manner and should not further the interests of any political party, cause any violence or violate the fundamental rights and freedoms of any person.

“If you see that we go back to the recent happenings, we can quote Chief Ndiweni and Chief Maduna.  You can see how much he was acting in a way that was not reflective of him being a traditional leader.

“So, these are the systems that we are supposed to avoid,” said Chombo. 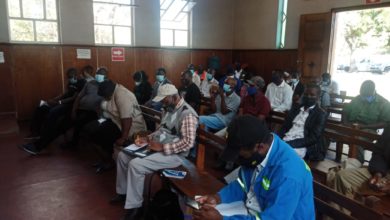