Several urban and rural district councils across the country are struggling to provide clean water to their residents.

Presenting a report on the state of service delivery in local authorities by the Parliamentary Portfolio Committee on Local Government, Public Works and National Housing in Parliament last week, Bindura-Shamva legislator, Bramwell Bushu, said they had learnt that four out of 92 local authorities had part of their water owned by ZINWA.

The committee visited Binga, Hwange, Victoria Falls, Bulawayo, Kadoma, Chegutu and Zvimba local authorities from the 2nd to the 10th of March this year and held meetings with council officials and councillors.

It was during the visits that the committee also conducted tours of some water and waste treatment plants, clinics, schools and roads.

Bushu said the local authority in question said an ideal situation was for ZINWA to hand over the management of water to the remaining four councils to avoid complications of the two institutions dealing with the provision of water.

“They also pointed out that if they had control of water, their revenue flow would improve and they would be able to provide adequate water to the residents of Hwange.”

At the time of the enquiry, HLB had two wastewater treatment plants, one at Baobab which was rehabilitated three years ago and another one at Empumalanga which was not functional.

“The council stated that there was a need for capital injection from the central government to enable the council to resuscitate the Empumalanga water treatment plant to improve the water supply situation.”

“The Committee was informed that whenever there was a breakdown at Victoria Falls raw water extraction point, Victoria Falls Town Council could not move efficiently to restore the water supply as this was the preserve of ZINWA,” lamented Bushu. 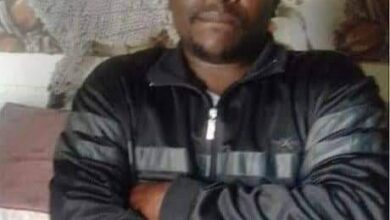