Speaking during the handover ceremony, the Ambassador of the Republic of South Korea, Bong-Kae Do said the donation is a form of support to the heroic dedication of the doctors, nurses, and health officials.

Bong -Kae Do said KAAZ members have been very active during the Covid-19 pandemic period donating medical equipment and supplies to different health institutions such as Parirenyatwa Hospital and the daily necessities for the people in Ushongani village in Mashonaland Central.

He added that the Korean government through the KOICA has carried out a global training program that aims to build the capacity of partner countries by sharing Korea’s development experience and technical skills with policymakers, public officials, and experts from various fields.

“This year nine Zimbabwean officials will be going to Korea under the KOICA scholarship program to study in different fields ranging from ICT, energy, gender, economic development, agriculture, and public finance.

“I hope they can find out the keys in Korea on how to make a small seed into the great plant for Zimbabwe’s vision toward an upper-middle economy by the year 2030,” said Bong-Kae Do.

Receiving the equipment, Bulawayo Deputy mayor, Councillor Mlandu Ncube, who was representing the mayor said the donation will play a key role in improving the maternal services in the city.

Meanwhile, Minister of State for Bulawayo Metropolitan province, Judith Ncube said the equipment will go a long way in helping to strengthen maternal health care delivery for members of the community.

She expressed gratitude to the government of South Korea for the donation which she said “demonstrates the long-standing and productive partnership enjoyed between Zimbabwe and South Korea.”

The Director of Health Services, Dr Edwin Sibanda said he is happy that KOICA decided to donate as at time the child care part of the Ministry is usually forgotten.

“What we are having here is a donation that will take care of the mothers and their children that are arriving in this world, we know that as children are born, they are most vulnerable more than any other time, they can’t defend themselves, even the mother giving birth cannot help themselves, they have to be helped,” said Dr. Sibanda.

“If you check maternal mortality, women tend to die from bleeding and high blood pressure, I am happy that this is being addressed by some of the equipment that is being donated today, especially the blood pressure machines,” he said.

Dr Sibanda added the other bed will be moved to a Covid-19 facility at Thorngrove hospital.

After the donation, the delegation toured the clinic’s maternal ward. 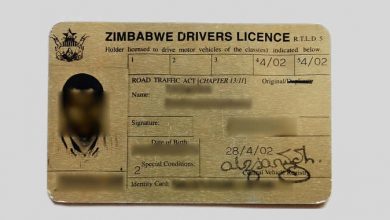