A man from Cowdray Park suburb in Bulawayo was yesterday fatally struck by lightning while working on a trench behind Pick ‘n’ Pay supermarket in the suburb.

Rudrin Phiri (38) was holding a shovel standing next to a trench he was working on when the lightning struck him and he died instantly.

“I can confirm that we received a report of a man that was fatally struck by lightning in Cowdray Park. The area had received light rains that were accompanied by thunder and lightning. He was standing outside a trench holding a shovel, the lightning struck him on the chest and he died instantly,” said Insp Ncube.

Meteorological Services Department (MSD) head of forecasting James Ngoma, yesterday announced that despite some light showers which had been experienced in various provinces across the country, the rainy season is set to start at the end of October.

Lands, Agriculture, Water, Climate and Rural Resettlement Minister Perrance Shiri, at a ministerial dialogue on Climate change recently said the seasonal rainfall forecast that October to December 2019 Harare, much of Mashonaland East, Mashonaland West, Matabeleland, most parts of Manicaland, Mashonaland Central, North eastern part of Midlands would be “normal and biased to above normal” rains. 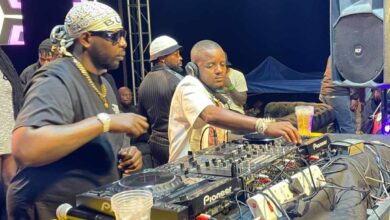