People living with disabilities (PLWDs) in Bulawayo have blamed lack of information sharing within the fraternity as the major contributor to a low voter registration turnout ahead of the March 26 by-elections and the 2023 harmonised polls.

According to the Zimbabwe Electoral Committee (ZEC) gender-disaggregated disability voter population statistics as of 8 January 2022, from the period January-December 2021 only four PLWDs had registered to vote, consisting of two females and two males.

This has been a low turn compared to the period around  2018 which saw over 2000 people with a disability registering to vote while in 2017 between September and December over  28 000 PLWDs had registered to vote.

In an interview with CITE, the founder and Director of Gateway to Elation, an organisation that works with the visually-impaired, Robert Malunda, said the challenge with voter registration among PLWDs was access to information.

“Some of the challenges we face as people with disabilities is access to information when it comes to these things. Information may be out there but it won’t be in an accessible format like braille and audio or pictures for sign language users,” said Malunda.

He added: “The other challenge is the accessibility of registration venues, they may not be suitable for people who use wheelchairs; may not have a ramp.”

In addition, Tariro Gurure, a person living with a disability, attributed the small number of registered voters to the cost of reaching ZEC offices.

“ZEC offices are too far and because people with disability are the vulnerable people in Zimbabwe and most of them do not have a source of income so for them to go and register they might need to commute twice and what’s even worse is most of these people have caregivers, so if they are going to pay for their wheelchair, caregiver and themselves they need about US$6 whereas an able-bodied person might just need US$2 to go there,” said Gurure.

She added that ZEC Bulawayo provincial offices are not cost-effective and not easily accessible to people using wheelchairs.

“Say they can afford to go to Famona, Famona itself is not accessible, there are no ramps both on their two places where we register to vote,” said Gurure.

“Inside, there is no basic sign language part that can interpret what this person is saying, for someone who doesn’t see, there is no braille for their biometric, so it’s a struggle; people would want to go but there are a lot of things that can stop their productivity where they feel accessibility and adaptability of what they need to be independent from is not taken seriously,” said Gurure.

Do away with RDT tests, senior doctors urge Govt 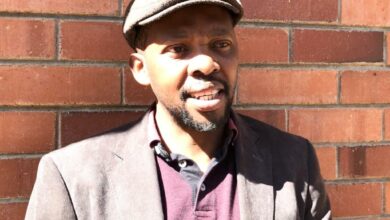