The Thokozani Khupe-led MDC-T party has thrown its weight behind the Kgalema Motlante commission of inquiry into the death of six people on August 1, saying the outcome will lead to a “genuine national healing process”.

In a press statement, Tuesday, the opposition party said it was hopeful that the commission will be able to shed light into the killings and bring the perpetrators to book.

However, the party said it was concerned by “predetermined answers and conclusions that are being placed on social media by party leaders, activists and ordinary citizens”.

“We believe that the outcome from this commission will lead to a genuine national healing process. We also urge the police to carry out their investigations in a professional and non-partisan manner so that Zimbabweans from all walks of life find closure,” said party spokesperson, Linda Masarira.

The commission is currently conducting public hearings to gather testimonies from citizens and other key stakeholders like the police, army and political parties.

On corruption, the opposition party applauded government for its stance in tackling the scourge and illegal foreign currency traders.

Masarira said there was need for whistle-blowers to assist the government with information so as to fast track the process of catching these people.

“We implore the government to execute this operation without fear or favour. Of note is the need for whistle blowers whom we believe can assist in fast tracking this operation,” she said.

“We believe there are known individuals linked to government officials who continue to violate the laws of the land based on the assumption that they are protected from prosecution. The government must demystify this myth by arresting the culprits and lock them behind bars”.

Masarira implored the Minister of Finance to put in place macro-economic policies in a bid to stimulate investor confidence, production and economic growth.

“MDC-T takes note of the Economic stabilization program and is concerned about the 2% tax imposed on the already overburdened ordinary citizen. We feel that enough consultations could have helped in ensuring a smooth and agreed implementation matrix,” she said.

She reiterated the need for consistent feedback from the government to promote transparency and accountability and getting a buy in from the citizens. 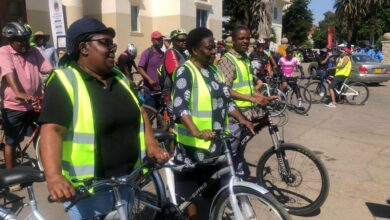 Asitshoveni: A new BCC initiative to get residents cycling again 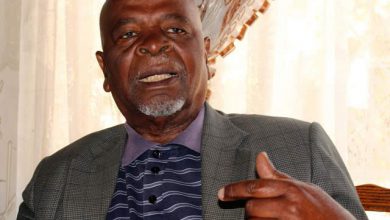