Few have heard of or know about Johnson Mnkandla, the man who lobbied former president, Robert Mugabe to publicly acknowledge and apologise for Gukurahundi.

Mnkandla, now 81 years of age, met Mugabe in 1998 when he was heading the Gukurahundi Compensation Committee, formed by people from Matabeleland, after the 1980s genocide.

In their engagement meeting, Mnkandla told the former president to apologise for Gukurahundi and then compensate the victims, which Mugabe reportedly agreed and even promised to allocate $10 million towards the cause.

But to Mnkandla’s shock, instead of making an apology as the two had discussed, the former referred Gukurahundi as a “moment of madness” and denied it was a genocide.

Mnkandla was a provincial magistrate in Midlands and served from 1985 to 1993.

During his stint in the judiciary, he used to assist Gukurahundi victims acquire documentation.

“I would invite people who lost their relatives or whose family members had been killed to come to Gweru. I would interview them, gather evidence and compile a report, which I would take to the High Court to file under the Missing Persons Act,” he said in an interview with CITE.

“The High Court would then presume these people dead where the families would then be able to wind up estates belonging to late fathers, brothers or uncles. Once that was finalised, people would be able to access either birth or death documentation from the registrar’s office.”

Mnkandla said he grew up and was nurtured in the political arena and was inspired to do law, which motivated his work.

“I alongside Joshua Nkomo went to Gonakudzingwa (Restriction Camp, a Rhodesian detention center for political prisoners) in 1966. While doing law, I became less fearful and while serving as a magistrate I was arrested two or three times for speaking up,” he claimed.

Since he was heading the Gukurahundi Compensation Committee, Mnkandla said he met Mugabe at Government House in Bulawayo.

“I highlighted that Gukurahundi would result in grave consequences if left unattended. I told him, he himself must end it otherwise if he doesn’t, the matter would turn into a bigger problem for generations to come. I pointed out we were old but our children and their grandchildren would not be so tolerant but be angry and demanding, which could cause bloodshed in the country,” Mnkandla said.

The former magistrate recalled that the two met “on a Saturday, from 10 am to 12 noon” where Mugabe was scheduled to attend a church service at the Brethren in Christ Church (BICC) the following day.

“The idea was for him to use the platform to acknowledge that his government had killed people and apologise publicly as president then compensate. We agreed and Mugabe promised that he would give us $10 million for an outreach programme where we would go out to people and collect data. He also said the then finance minister, Herbet Murewa would in the upcoming budget due within two months include compensation for Gukurahundi,” narrated Mnkandla.

He added that in their meeting, Mugabe told him since he was busy he would assign one of his ministers, the late John Nkomo to handle all communication and documentation.

“I suggested that he assign the late Welshman Mabhena instead since he was the resident minister in Bulawayo but Mugabe said Mabhena would be too busy. But knowing Nkomo from previous interactions and having been with him at Gonakudzinga, I knew he was unreliable,” he claimed.

Mnkandla noted that not once did he even meet up with Nkomo instead relied on the late Dumiso Dabengwa who would pass documents to Nkomo then to Mugabe.

“I don’t think all the documents made it to Mugabe,” he said.

When Mnkandla thought the two had made inroads, Mugabe did the opposite and referred to the massacres as a “moment of madness” at the BICC event.

He suspects that Mugabe was advised by his colleagues not to accept blame.

“According to rumour, when Mugabe approached the politburo to inform them about making reparations for Gukurahundi, he was strongly opposed. Mugabe never came back to me as to why he had changed tone,” he noted.

Mnkandla claimed it was on “two separate occasions” that the former president uttered the “moment of madness” phrase and the second time was at Joshua Nkomo’s funeral.

In 1999, Mnkandla said he resigned from the judiciary and claims he assisted in the formation of the opposition Movement for Democratic Change (MDC) with the late Gibson Sibanda and Morgan Tsvangirai.

“I was too young to retire and not qualified for early retirement so I resigned on medical grounds. When I was in the MDC, I went on assignment outside the country for two weeks to address the House of Commons and House of Lords in the United Kingdom, then the Congress and Senate in the United States and the European Union. While I was due to return, Mugabe said I spoke negatively about the country and committed treason. Fearing for my life, I stayed in the UK for 19 years,” he said.

Mnkandla returned to Zimbabwe in August 2017 where he noted it was safer for him to come back as Zanu PF was more focused on its internal battles.

“Infighting that would later lead into a coup d’état,” he said. 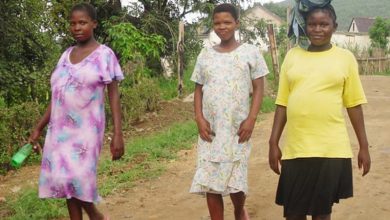