Factional fights within the opposition MDC played out last night in Gweru as some candidates in the youth assembly exchanged blows and scores of rival camps staged sporadic running battles throughout the night.

The opposition party is holding its 5th elective congress in the Midlands capital to usher in a new leadership.

The three day congress got off to a chaotic start on Friday with delegates being kept in the dark on commencement of proceedings.

Delegates started trickling in at Ascot Stadium as early as 10am with indications of that the youth and women assemblies polls will be held from 2pm.

However, accreditation of delegates a key factor in the voting process only began at a slow pace after 10pm.

By that time most delegates where scrambling for available piece of ground to sleep.

Women braved the chilly weather and where seen sleeping on the stadium perimeter wall.

Party officials claimed the government had ordered schools not to provide accommodation to the delegates.

However, national executive members and high ranking officials briefly popped up to do walkabouts and left the venue in their sleek vehicles.

Both provinces appealed to the national executive over irregular provincial congress.

“We refer to the appeals that came from Bulawayo with regards to the conduct of Provincial Elections. These appeals where dealt with by the AD HOC Committee of the National Executive” wrote Mwonzora in a letter in possession of the CITE.

Despite the reprieve, Bulawayo councillors Mlandu Ncube and Frank Jabangwe and several others where barred from voting.

However, catfights were a major highlight on Friday evening and early hours of Saturday.

“Our major concern was lack of periodic information on when we would be starting the process” bemoaned a delegate from Mazowe who identified herself as Angela Mukai.

“That gave time for people to imbibe and alcohol clouded their judgement resulting in factions provoking each other, hence catfighs”.

Others said the divisions are set to escalate after congress as members have deep seated grudges which leadership is not keen to urgently resolve.

Meanwhile, maverick Uganda opposition politician and leader of the People Power Movement populary known as Bobi Wine is set to grace the congress as guest of honour.

The MDC president-elect Chamisa revealed the news on Friday.

“Democracy never fails. Expecting a revolutionary @HEBobiwine of Uganda as one of the special guests from the African continent” he posted on his official Twitter handle. 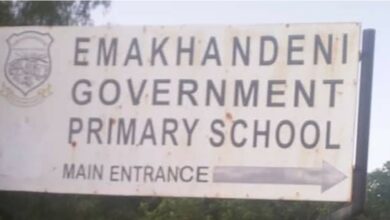