The Zimbabwe Human Rights Commission (ZHRC) has commenced a national Inquiry on national documentation in Bulawayo, an initiative set to assist citizens who are struggling to acquire legal documentation.

The inquiry which will take place from October 21 to October 25 at Selbourne Hotel, will focus on birth certificates, national identity cards, passports, death certificates, and citizenship.

Speaking during a press briefing, Monday, ZHRC committee chairperson Elasto Mugwadi said access to documentation is a fundamental right guaranteed by the Constitution of Zimbabwe which facilitates the enjoyment of other human rights.

Mugwadi said ZHRC is empowered to conduct these inquiries under Section 243(1)(j) of the Constitution of Zimbabwe which mandates the commission to conduct research into issues relating to fundamental human rights, freedoms and social justice.

He noted the objectives of inquiry are to look into the challenges in accessing national documents and the extent to which they affected people in Zimbabwe.

A number of people in Matabeleland and Midlands who are victims of the Gukurahundi massacres have been struggling to access national documents such as birth certificates, national identity cards, and passports.

“ZHRC is conducting this inquiry at its own initiative. It is apparent to the commission that the issue of access to national documents is a widespread challenge affecting a significant number of people in this country,” he said.

“We intend to determine the root causes and factors that hinder easy access to national documents and to assess the impact of lack of documentation on the enjoyment of human rights that are guaranteed under international and regional laws as well as the constitution by people.”

He added: “We also intend to review the effectiveness of existing laws, policies, procedures and institutions relating to access to national documents. This will assist us to formulate recommendations and follow up actions for addressing barriers identified in accessing national documents.”

The committee chairperson said lack of access to birth certificates by a significant part of the population is of great concern to the commission from a human rights perspective.

“A person who is not registered does not legally exist, is not a citizen of the country and runs a substantial risk of falling outside the reach of the government’s protective measures towards him/her.

“It is difficult for such people to access rights which are the preserve of all citizens such as rights to health, social security, parental or social care, housing, travel documents, education, and political rights among others.”

Mugwadi said the commission has observed that the prevailing socio-economic challenges, possession of a passport does not only facilitate freedom of movement as espoused in section 66 of the Constitution but is also a source of livelihood.

“Most people nowadays survive on cross border trading. If passports are not readily available, people have no choice but to cross borders illegally, not only compromising their rights to life, personal security and human dignity in the process but also being vulnerable and susceptible to exploitation, abuse and modern forms of slavery and servitude. Without national documentation, enjoyment of rights is, therefore, is hindered,” he said. 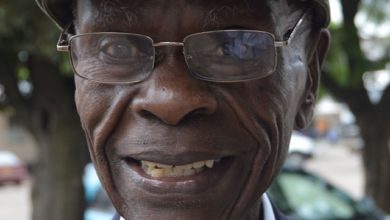 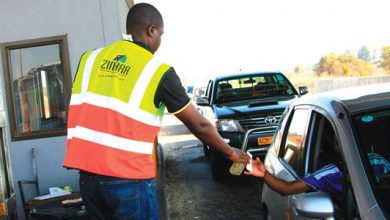 ZINARA urged to hand over vehicle licensing to local authorities