Mthwakazi Republic Party (MRP) has criticised the government’s decision to pay former White commercial farmers US$3,5 billion yet are failing to compensate ZAPU and ZPRA for its properties confiscated during Gukurahundi.

Last week, South Africa’s Economic Freedom Fighters castigated the Emmerson Mngangagwa-led government for paying the money, saying it had warped priorities yet it could use those funds to improve the country’s health care system.

Addressing journalists in Bulawayo, MRP president Mqondisi Moyo accused the government of wanting to appease White people and foregoing interests of former ZPRA fighters who fought bravely for independence, by forcibly taking away their properties without paying compensation.

“We are dismayed by the government‘s announcement to compensate former white farmers while ZPRA properties have not been returned. It has been almost 30 years, if not more after the properties were seized. Most of the beneficiaries of the properties have either died or are now too old,” he said.

After noting that ZAPU and ZPRA have been struggling to reclaim their properties, the MRP president threatened that his party would immediately start a process of repossessing those properties from the Zanu-PF led government.

“MRP will with immediate effect commence reclaiming on behalf of our ZIPRA cadres, such land and buildings back to the owners. The initial takeover of such property was a direct attack on the sovereignty and dignity of the people of Matebeleland. We were not complicit on the matter and now part of our restorative agenda is to fully reclaim such properties back to our liberation icons,” Moyo said.

Moyo also disclosed that his party had commissioned an independent audit on the land and mines in Matebeleland province with a view of distributing them equally among people from the region.

“As a revolutionary party, we are auditing everything and revisiting the land reform programme. Our Mthwakazi land including mining and wildlife conservancies were taken from the Whites commercial farmers and given to other tribes and Chinese. As a revolutionary party, we are sharply in disagreement with first, the lack of resolute action post-independence to fully restore the spoils of the struggle to its rightful people,” he said.

Last year a delegation of ZPRA members met with President Mnangagwa over the return of their properties and possibility of compensation but efforts have not yielded any positive results. 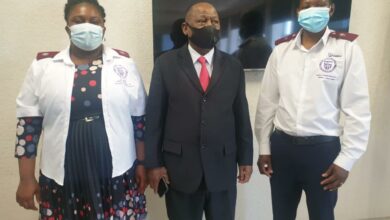 Striking nurses yet to meet with VP Chiwenga