Member of Parliament for Nkulumane, Kucaca Phulu, says the Constituency Development Fund (CDF) allocation they received recently has already lost value and will not be able to fully cover development projects in the area.

Each constituency is allocated ZWL$50 000 for development projects selected by residents working with their Member of Parliament.

Speaking on the sidelines of a Women Empowerment programme in Nkulumane, Wednesday, Hon Phulu said the funds they received are not enough to sustain all the projects they identified.

“We have received our CDF funds but the painful part is that we got them last week, we are talking about ZWL$ 50 000 so when we planned for the project $50 000 meant a different thing from what we have now,” said MP Phulu.

He added that their major challenge is that they are not allowed to change their project since parliament had already approved it.

“We are not allowed to change and say since the money has reduced let us change the project, we need to carry on with the project we had planned at first and what we need to do now is see where we can adjust so that in each of the three gardens we wanted to rehabilitate for women all of them get a fair share,” said Phulu.

Phulu said all the projects he is working on in the area are centred around women and for the proposed project they wanted to refurbish community gardens so that women can sustain themselves.

“Our projects are centred around women, they have gardens in all wards and these gardens are not fenced we wanted to fence them, put water tanks with stands and pumps along with taps because most people who work in these gardens are the elderly and for them to walk 100 meters carrying a bucket of water is gruesome work for them,” said the MP.

“Placing taps all over the garden was meant to make their job easier so that they get water easily to water their plants.”

He added that as a committee they will have to regroup so that they map a way forward on how to allocate the funds.

“This ZWL$50 000 we have received is from the year 2018 and 2019 funds which are supposed to be directed to my term, the project is yet to be planned and submitted to parliament and the funds are a bit more than what we just received it is about ZWL$180 000,” said the MP.

“We have learnt that we need to choose one project which is very simple like roofing a school were all the money just goes there, it is easier than trying to have projects in each ward with limited funds because the success will not be visible.”

He added that they have planned to start with addressing challenges which affect women, then schools and later move on to people living disability and then the youths so that everyone gets attention.

“We planned in a way that we start with women, then move on to maybe schools as a theme, the disabled and finally the youths so that we make sure that everyone is covered,” said Phulu. 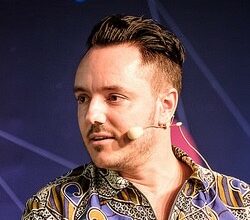