LOCAL authorities in Zimbabwe need to move with the times and practice inclusive city planning strategies that recognise the informal sector.

Zimbabwe has the second largest informal sector in the world, as more than 60 percent of the country’s economy is informal, at least according to a study by the International Monetary Fund (IMF).

In light of this, local councils have to plan for vendors and low income earners in its expansion projects.

However, most local councils have failed to incorporate the informal sector as they are constantly engaged in running battles with vendors.

Responding to questions on whether urban councils had to shift their focus from what they had learnt in tertiary schools and plan for the informal sector, Chairman of the Department of Rural and Urban Planning at the University of Zimbabwe, Professor Innocent Chirisa, stressed it was a necessity.

He said this at the just ended 2018 Local Government Investment Conference in Bulawayo organised by the Urban Council Association of Zimbabwe (UCAZ) where the country’s 32 local authorities are converged.

Prof Chirisa, who is a town planning expert, urged local authorities to plan for the informal sector as the country had largely been informalised.

“This is now an emerging concept in town planning and urbanisation. I shouldn’t say you need to stop what you have learnt or drop at school but accepting informal sector or informalisation is something which has come along. Better planning or proper planning is the one that should be accommodative,” he said.

The planning expert noted there is a concept called the ‘right to the city,’ which means cities have to reshape the processes of urbanisation so that everyone has access to urban resources.

“Unlike in the colonial days, the colonial policies were every strict, you would only qualify to be in the city provided you had primary evidence that you were gainfully employed in the cities.

In light of the right to the city, we have to open up our doors and our gates for everyone. I also mentioned Sustainable Development Goal 11, which says make cities which are inclusive,” he explained.

Prof Chirisa noted that for cities, inclusivity meant everyone is on board in planning including those not gainfully employed.

“We should acknowledge and embrace that informality is a reality and it is not only in Zimbabwe. I remember a skit on Youtube where the main character was trying to negotiate with the former president (Robert Mugabe) to just accept informality, this was just after Operation Murambastvina in 2005,” he said.

He added that planning for the informal sector reflected the realities on the ground and local authorities had to move with the time.

“We have to embrace, not necessarily to totally say we are discarding everything we are doing but to make sure that we are inclusive. The key word is inclusivity. You go to any city in the developed world and you find that they have managed to embrace everyone. The other time I was in Paris and someone was singing on the train. I thought they were entertaining us only to realise they were asking for a few euros that’s the poor in the city – so plan for everyone,” Prof Chirisa stressed. 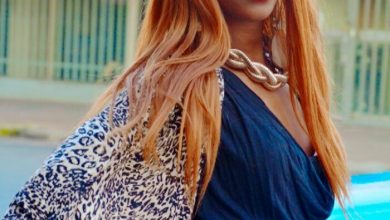