Preparations for the end of year national examinations are likely to be disrupted after teachers vowed not to return to work until their employer pays them meaningful salaries.

Schools opened Monday to cater for the examination classes notably Grade Seven, Form Four and Upper Six who are due to sit for their Zimbabwe School Examinations Council (Zimsec) exams that should start on December 1, 2020.

There are reports that some schools across the country are turning away learners as there are no teachers.

Some teachers claimed they cannot afford to return to work and rejected a 40 percent increment that was tabled by the government which announced that it will pay civil servants an additional Cost of Living Adjustment allowance this week.

The Zimbabwe Teachers Association (ZIMTA), confirmed that its members cannot afford to report for duty.

He noted that negotiations for improved salaries for the education sector ended with an impasse.

“The government failed to bring to the table figures that would amount to a living wage. We woke up to the news that the Public Service Commission (PSC) is going to unilaterally make pay top-ups. We as unions, as educators’ unions, are unaware of how much the public service union is going to pay. According to us, this is acting unilaterally and in bad faith,” Gundane said.

The ZIMTA president said teachers would like to see a living wage that was going to make it possible for them to go back to work.

“They must capacitate teachers and salaries must be above the poverty datum line. The collective bargaining processes have been violated and the government must urgently come in to intervene and make sure teachers’ conditions of service, salaries and cost of living adjustment is above living wage and above the PDT line,” he highlighted.

“Some teachers have refused to report for duty and this is the path they have taken simply until the government addresses their concerns. The teachers have nothing to lose and staying at home is the least of their worries,” he said in an interview.

Majongwe pointed out that what is most important is for the government to realise they were dealing with professionals who demanded recognition and fairness.

“There is nothing political about this and it is not anti-government. Teachers are purely saying the government must address issues,” said the PTUZ leader.

Amalgamated Rural Teachers Union of Zimbabwe (ARTUZ), Obert Masaraure concurred teachers had various tactics they would deploy to make their employer listen to them.

“The government has taken a ‘tokenist’ approach where they said will cushion and make a living adjustment of 40 percent of the current salary, which we rejected -it’s not in line with the PDL.”

Masaraure said teachers had a lot of tactics at their disposal, which they would use in the coming weeks.

“We have World Teachers’ Month coming up and October 5, is the official World Teacher’s Day and we’re going to use that opportunity to redirect and present our issues. We will even embark on street protests until the government restores our salaries. We will continue fighting,” he vowed.

Reached for comment on the state of schools in Bulawayo, Provincial Education Director, Olicah Kaira referred questions to the Permanent Secretary in the Ministry of Primary and Secondary Education, Tumisang Thabela.

Last week, the government tabled a 40 percent increment that was rejected by civil servants, as they want to be paid a minimum of US$480 or the local currency equivalent at the prevailing Reserve Bank of Zimbabwe auction rate. 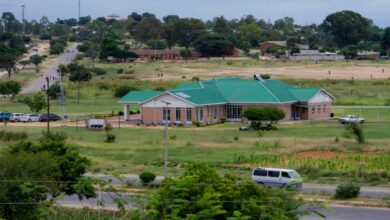