Mpopoma-Pelandaba Member of Parliament Charles Moyo says they will use part of the Constituency Development Fund (CDF) to construct toilets in Iminyela and Mabuthweni as a means to improve sanitation in the area.

Residents in the area have been faced with sanitation challenges as they were forced to share ablution facilities.

The CDF is funded to the tune of RTGS$50 000 per constituency, an amount which Members of Parliament have critiqued that it is not enough to implement their priorities in their wards owing to hyperinflation.

According to the legislator, the funds will be divided by the two wards and used to construct individual toilets in ward 13.

“We will use the CDF to construct individual toilets in ward 13 as the state of these facilities are no longer pleasant especially in Mabuthweni and Iminyela.

“Though the money will not be enough but we will try to adjust so that as a constituency we do something,” Hon Moyo said.

He said the toilets are going to be built in phases.

“We are going to do this project in phases as it is very difficult to do a project for everyone”.

Moyo added that half of the funds will be channelled towards the toilets projects while the other half will be allocated to other projects in the constituency.

“The thing is Pelandaba and Mpopoma are not affected by the toilet situation, so it will only be fair to invest half of the amount in those wards too.

“We will use the other  RTGS$25 000 to cover other projects in the other wards,” said Moyo.

He said the other half of the fund will be used to fence the Bango disability garden project.

“I can confirm that Honourable Charles Moyo gave us  RTGS$25 000 as ward 13 to prioritise on the issue of toilets. So far we have managed to buy 100 chambers, we will then try to help those who had already started constructing toilets on their own but could not finish them and those that were helped by the Bulawayo City Council but left halfway that is the criteria we thought was best so far,” Clr  Javangwe said.

“At least 2000 plus people are affected by the situation of toilets in Mabuthweni but once the project has been implemented some of the families will have individual toilets.” 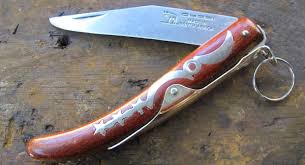