A local pressure group, Ibhetshu LikaZulu, says political leaders in Matabeleland have not done much to push for the resolution of the Gukurahundi atrocities.

The pressure group which has been at the forefront in the pursuit of justice for the victims of post-independence genocide also accused the same leaders of not supporting their activities.

Addressing people who had gathered at the commemoration of former ZAPU leader, Dr Dumiso Dabengwa’s legacy at Ntabazinduna Monday, Ibhetshu LikaZulu Secretary-General, Mbuso Fuzwayo, claimed most of the leaders in Matabeleland had no spine to confront authorities in comparison with the late national hero.

“In 2018, Dabengwa said we must not ask for police clearance when we want to carry out Gukurahundi programmes, his reason was the government was the one who killed people and were not doing anything to show that the matter needed serious attention, so going to authorities to ask for their permission was wasting time. Due to Dabengwa’s sentiments, this is why you see us disagreeing with the government when we hold our programmes,” he said.

“I also remember Dabengwa tasked me to engage war vets, who will then talk to chiefs to say that it was time, victims were exhumed and reburied. Dabengwa also said on his part, he would engage political parties.”

Fuzwayo noted that such was Dabengwa’s character, who wanted to confront and tackle issues right away, which was the opposite of what current leaders in Matabeleland were doing.

“We have seen (President) Emmerson (Mnangagwa) coming to see chiefs, saying the chiefs must solve Gukurahundi now we hear Jacob Mudenda is saying the NPRC must solve the issue but the political leadership in Matabeleland is quiet,” he underlined.

The activist stressed that it was important for the political leadership and their political parties to take a stance on how Gukurahundi must be solved.

“Political leaders must be clear that the government must not direct us on how to solve Gukurahundi but that decision must be taken by us as the victims. Victims are the ones who must say what has to be done,” Fuzwayo said, noting that Dabengwa was one leader who was active in pushing for justice.

“Together, we went across the country, pushing for justice in Matabeleland. Unfortunately, he died before that could be achieved. That journey is still on and when you try to look for guerrillas to say let’s do this work and honour Dabengwa and Lookout Masuku, they are slippery.”

“It’s sad for me to say this but our leaders are slippery and give excuses,” said the secretary general.

“I appreciate the help that Dabengwa helped us as Ibhetshu LikaZulu. In 2017 we wanted to erect a plaque at Bhalagwe but authorities blocked us. We managed to place it in 2018 and we were looking forward to Dabengwa officially unveiling it but the plaque was stolen.”

‘The activist stated that leadership must be courageous and not be afraid to fight for the truth.

“If you call our leaders to our programmes, they will first ask if we were given clearance by the police. But how can we go to the same police who are oppressing us? With Dabengwa, there’s no day where if I invited him to our programmes, he would say he was unavailable or ask about police permission. He would not even ask about fuel reimbursement like other leaders,” Fuzwayo mocked.

“Dabengwa was a leader who honoured his promises and sometimes he would arrive early at some of our activities. He respected promises unlike today’s leaders, who when you agree with them on something, fail to uphold that arrangement or promises.”

Fuzwayo lamented that seeking justice and closure for Gukurahundi needed determined people who would not tire but continue engaging authorities.

“As Ibhetshu LikaZulu, we always say that death robbed us because if Dabengwa were alive, we would be pushing the authorities more. I’m not saying (ZAPU leader, Sibangalizwe) Nkomo doesn’t push, he does but his party members do not attend such activities in their numbers. Let’s assist each other in running our programmes, if we push, one day it all will be ok,” summed the activist. 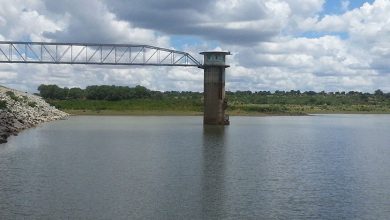 Subdued activity in Byo on first day of month-long lockdown 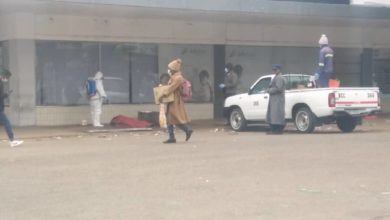