The Bulawayo High Court has dismissed an urgent chamber application filed by a city lawyer against Tendy Three Investments (TTI) and the Bulawayo City Council (BCC) over the parking costs.

Justice Maxwell Takuva dismissed the urgent application at his chambers on Friday due to a technical error in the dating of supporting papers to the urgent chamber application.

In the urgent court application filed on behalf of Bruce Masamvu of Masamvu and Da Silva-Gustavo Law Chambers in June 2022, Masamvu argued that the conduct of TTI and BCC regarding their parking charges was not explained to motorists, including him.

In an interview with CITE after Justice Takuva’s judgment, Masamvu confirmed that his urgent application was dismissed on a technical issue.

In the urgent chamber application, Masamvu noted that he had incurred parking fees worth US$11 between April 4, 2022, and June 13, 2022, a period, in which the lawyer argued that he understood the charging of parking fees was to be in accordance with a notice issued by the Bulawayo Town Clerk, Christopher Dube, on March 18, 2022.

“In terms of the notice, your parking fees are computed at a rate for one United States Dollar for every hour parked. You will note that the notice is entirely silent on your charging for periods, which are less than parts of an hour, for example 45 minutes or an hour and five minutes,” read the urgent application.

Masamvu said what was immediately apparent is that the incidence for paying a parking fee is triggered by every hour a vehicle spends in a parking bay.

“In the premises, logic expects that periods less than an hour do not attract a parking fee or at the very least, attract a pro-rata fee,” read the application.

He noted with concern that it appeared every period parked, which does not constitute an hour, is billed in a manner as a vehicle that has occupied a parking bay for an hour.

Masamvu said he had parked in bay Q52 in 8th Avenue for five minutes but was charged for an hour, citing that he was not given prior notice of this charging model.

“For the abundance of caution, we remind you of our clients right in Section 68 of the Constitution, which are substantiated in the Administration of Justice (Chapter 10:28). Our client has a right to administrative action that is lawful, reasonable and fair. Pursuant thereto, he has a right to adequate notice of the nature and purpose of any proposed action toward him and or against him,” read the application.

The lawyer said regarding Section 3(1) (b) of the Administration of Justice Act, he expected written reasons in respect of the following conduct by TTI and BCC:

“The reasons for charging our client an amount charged for an hour’s parking for periods which do not constitute an hour.

“The reason for failing to inform our client that you intended to charge him for an hour’s parking for periods that do not constitute the same prior to your charging him.

“Failing to allow our client to make adequate representations before charging him for an hour’s parking for periods that do not constitute the same,” read the application.

Meanwhile, BCC and TTI have reviewed the smart parking pricing model allowing motorists to transfer parking minutes to other bays.

Motorists will now be able to transfer their paid parking time to different parking bays within an hour unlike before when they would pay US$1 for a parking ticket that expires even if they had parked for a few minutes. 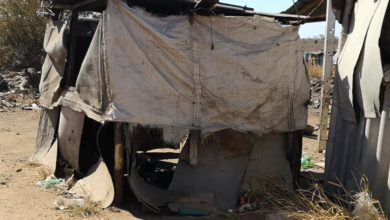