Twelve families from Huwana ward 8, Ngwala village, in Plumtree have been affected by the heavy rains that pounded the area last week with at least two homesteads completely destroyed.

No deaths were recorded.

The heavy rains in Matabeleland South were caused by Tropical Storm Eloise.

Speaking to CITE, Acting District Development Coordinator (DDC) for Bulilima District Onesimo Zogara said they accessed the situation on Wednesday and observed that villagers were affected by the rains.

“Following a report that we received from the councilor on the 25th of January 2021 that there were some houses which were collapsing due to excessive moisture, we had to go there as Civil Protection Unit (CPU) to access the situation on the ground, so we went there on the 27th because on the 26th the roads were very bad, so we went there on the 27th and we found out that about 12 homesteads were affected,” said Zogara.

He said the two families which had their homesteads severely affected and destroyed  have managed to seek refuge from their relatives.

“The mud huts were collapsing and two were actually badly affected because there was not even a single structure which was left intact but the other ten at least there were some structures which were left intact so that they can at least put their heads under. Those two families that I have mentioned have since relocated to their relatives,” said Zogara.

He added that they are appealing for assistance with food and tents.

“The sort of assistance that we are looking forward to is maybe if we can get tarpaulin, tents and also if we could get food assistance although the 12 homesteads most of the members are on our drought relief program, they are benefitting, they are getting 50kg of maize grain every month from social services department but we still need assistance because some maybe could have lost some utensils, books for the children, so maybe we need assistance in that regard,” said Zogara.

Zogora said the area is still receiving rains and more disasters are to be experienced if the showers persist.

“The situation on the ground in terms of rains, it is still raining and if it continues, we are likely to experience more disasters because these mud huts are still collapsing due to excessive moisture, so we can’t say it’s over yet,” he said. 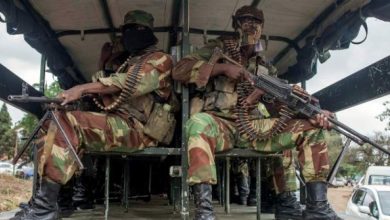