Mental health cases are reportedly on the rise in Bulawayo due to the deteriorating economic situation in Zimbabwe.

A local Psychiatrist has opined that the more the economy underperformed, the more people suffered from depression and anxiety.

This was revealed at a mental health awareness discussion held at Lions Club last Friday.

“Half of the population in Bulawayo is depressed and need counselling to help them cope with the economic environment. There are now more counselling centres in Bulawayo to help people in need and discussions on mental health have increased than before,” said Dr Nemache Mawere, a city psychiatrist.

He, however, commended the city for its work on promoting awareness of mental health and implementing programmes to fight the stigma associated with the disease.

Dr Mawere also praised the National University of Science and Technology (Nust) for setting up a counselling centre at the institution to drive mental health awareness among students.

But on the same note, he condemned the stigmatisation of people who suffered from mental health.

“Society looks down at those who suffer from mental illness because they have little knowledge on how to handle them. We see people with mental illnesses ignored by society while their rights are abused because they cannot speak and defend themselves,” the psychiatrist said.

He noted that patients with mental illnesses should be entitled to more attention by the government.

“There is only one office in government which is responsible for mental health and that is not enough compared to departments that are set up to fight Tuberculosis and HIV/Aids, diseases which are given more prominence.

“As a country, we need to upgrade the medication that is administered to patients and stop using weak medication from donors,” Dr Mawere said.

Active Youth Zimbabwe (AYZ) Director, Romeo Matshazi, weighed in saying the city needed a drug rehabilitation centre because most of people suffering from mental illnesses, had at some point, been addicted to drugs.

“65 percent of people in mental health institutions are admitted due to drug abuse and that is not a safe place for them to be,” Matshazi said.

“Mental health institutions are not for drug-addicted people because once a drug addict is admitted a drug is substituted for an addictive drug and that denigrates patients further.” 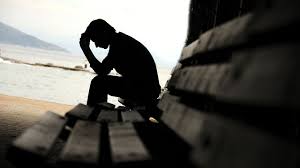