The government has said that completion of the Gwayi-Shangani dam construction project will now likely be completed in 6 months time owing to foreign currency shortages, constant power cuts and delays in material supply.

The project which was meant to be completed this December is currently at 44 percent with the dam wall now 22 out of 72 metres. The development also comes as the number of people who will be displaced by the project increased from the initial 364 to 718 following an evaluation by the Ministry of Local Government.

Speaking in an interview at the sidelines of a tour of the dam earlier this week, minister of State for Special projects, Davies Marapira said completion had been deferred by 6 months.

Villagers in Lubimbi, Binga district are going to be the most affected by the dam project and will need to be relocated.

He said it was important to ensure that standard houses were built for the displaced people to avoid plunging them into poverty.

“I’m in support of the idea of building standard houses for the people who are affected. It doesn’t take much time if there is a commitment especially from the Local Government incorporating the ministry of Lands. Why am I mostly worried about the displacement of people without giving enough support? We want to avoid scenarios like the one at Manjerenjere dam. The dam was built in 1963 and completed in 1965 but as I’m speaking today the families affected by the dam are still living in serious poverty without any portable water and dilapidated schools. We would not like that to happen because we should respect our people first then we go to the economics.”

10 400ha of land has been earmarked for irrigation in Hwange, Lupane and Binga districts following the completion of the dam. Hwange is expected to get 240ha whole Binga will 2000ha with Lupane being the biggest beneficiary with 7000ha.

Matebeleland North Provincial head of Irrigation, Engineer Charles Makula said the design and physical planning for the establishment of irrigation schemes was complete with about USD100 million required for the exercise.

The project seen as the answer to Bulawayo’s perennial water shortages has taken an integrated approach that will incorporate irrigation schemes, tourism and provide portable water to surrounding communities.

Meanwhile, Minister of State for Provincial Affairs and Devolution for Matebeleland North, Richard Moyo said since the completion had been deferred farmers along the project belt could plant their crop.

“Since the dam is now set for completion next year our farmers can go ahead and prepare for planting. This also clears the air as anxiety was rife over what to do given that some farmers were given agricultural inputs.” 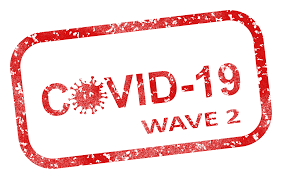 NPRC must look into Gukurahundi: US ambassador