Police in Gwanda, Wednesday, rounded up about 70 illegal gold miners at the disused Vova mine in a pre-dawn raid, a senior police officer has confirmed.

The arrested included 43 males and 16 females.

The raid comes at a time when the machete wielding criminals have become a menace in the mining town where they are reportedly involved in various criminal activities including murder.

Matabeleland South Provincial Police Spokesperson, Chief Inspector Philisani Ndebele said the objective is to protect members of the public from the heinous crimes being committed by illegal gold miners.

“I can confirm that police conducted a pre-dawn raid at Vova mine where we rounded up 43 males and 16 females who were conducting different businesses there. Some, mostly females were trading with foodstuffs, beverages and clothing while their male counterparts were panning for gold,” said Chief Insp Ndebele.

“As police we strongly feel that some of the crimes that being committed here in town and surrounding areas are being conducted by some of these people.”

During the raid, the police managed to impound various mining equipment, an assortment of drugs and explosives.

“These makorokoza think they are the law unto themselves. This time around we are not going to fine them instead they will go to court where justice will prevail. They break the law with full hope and belief that they will just be fined and go back to their trade of thieving and committing heinous crimes,” said Chief Superintendent Chitombi.

She added that they are likely to be charged for criminal trespass, illegal possession of gold ore or gold, possession of harmful liquid, drugs and other offences.

Last week, over 900 illegal gold panners were arrested in Mazoe and Shamva districts in Mashonaland Central province in one of the biggest raids on the miners by police as they try to contain marauding machete-wielding gangs causing terror among communities in the country.

Recently, the government through the Department of Home Affairs banned all illegal mining

activities and said anyone wishing to go into mining should obtain a relevant licence or permit.

The ban follows the killing of Constable Wonder Hokoyo by a machete gang in Kadoma on December 28, 2019. 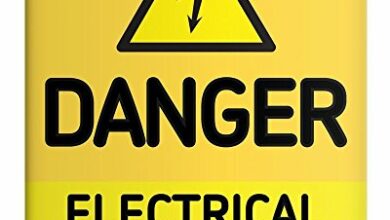