The MDC Alliance says plans by the government to “fast track” exhumations and reburials of Gukurahundi victims without the consultative participation of all stakeholders is worrying.

These sentiments come after a Bulawayo High Court Judge Justice Martin Makonese last week Thursday reserved judgment in a matter in which Gukurahundi survivor and activist Charles Thomas, ZAPU and Ibhetshu LikaZulu sought an interdict to stop the government and Matabeleland Collective from conducting Gukurahundi exhumations and reburials.

The applicants want the government to stop reburials as the process cannot be handled by people implicated in the massacres.

Over 20 000 people were killed during Gukurahundi in Matabeleland and Midlands between 1983 and 1987 by the state-sponsored North Korean trained army – the Fifth Brigade.

Chebundo said most of the victims were buried in shallow graves but lamented that more than three decades later, no formal acknowledgment or apology has come from the state. “The perpetrators have never been brought to book. The proposed reburials constitute the first indirect, official acknowledgment of the atrocities,” he said.

The MDC official noted that while the reburials of victims are important, the surviving relatives and other key stakeholders must be heard and consulted on how the process should be carried out.

“Communities that were affected must play a central role in the reburials through their traditional leaders and churches. Truth telling and justice must accompany any redress for survivors. The evidence associated with the atrocities must be carefully managed. This is the only way we can make sure that there is full closure on this important national issue,” Chebundo said.

The opposition party called for a transparent comprehensive, inclusive, gender sensitive and consultative transitional justice process for the victims and survivors of Gukurahundi.

“The process should be victim centred and must involve representatives of all stakeholders including the traditional leaders, the surviving victims’ rights based groups, the church and civic society. Reburials must be a part of this comprehensive process not a standalone initiative,” Chebundo said.

“The MDC Alliance stands for restorative justice, rehabilitative justice and in appropriate cases, restitutive justice. Reburying the victims without healing, justice, truth telling and reparations will undoubtedly result in the wounds resurfacing in the future to the detriment of nation building lasting peace and reconciliation.”

The application, Case No 1454/20 to stop the exhumations was filed three weeks ago at the Bulawayo High Court where President Emmerson Mnangagwa was cited as the first respondent in the high court application while Minister of Home Affairs and Cultural Heritage, Kazembe Kazembe was the second respondent.

The applicants’ lawyer, Nqobani Sithole, had in court said the government’s plans to exhume and rebury the Gukurahundi victims was publicised in the media including a government owned newspaper, which mentioned it would start in September.

However, the state is arguing government did not announce it was planning to conduct reburials of Gukurahundi victims.

In its opposing affidavit, the government, through the Secretary in the Ministry of Information and Publicity and Broadcasting Services, Nick Mangwana argued that it did not announce the date it was planning to conduct exhumations or reburials of Gukurahundi victims therefore this application cannot stand.

Mangwana further submitted that what was agreed at the meeting held at the Bulawayo State House in August was the programme for exhumations will commence after the government had first come up with a draft policy framework within which the exhumations will be done. 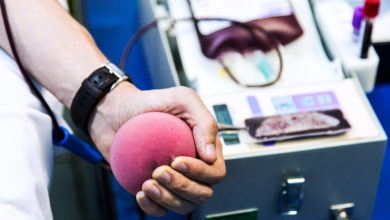