The Ministry of Health and Child Care says it will soon do away with the centralised online application system and decentralise the recruitment of nurses.

Government’s online application system has been heavily criticised for its exclusionary manner with qualified locals failing to secure places at training schools in their areas at the expense of candidates from other areas.

The nurses’ recruitment drive is always under scrutiny after a pattern emerged that the bulk of trainee nurses recruited at local hospitals were non-locals while in some rural places non of the locals would be selected.

Legislators also decried that for the past two years, a number of students applied for jobs but were not recruited, especially at St. Lukes and Tsholotsho Training Centres.

Deputy Minister of Health and Child Care, Dr John Mangwiro said the government was going to decentralise the recruitment to provinces down to districts after seeing that the online system was unfair.

“Each province is going to be assigned its recruitment and its quota system. By quota system it means we are decentralising to provinces and districts so that people select.  At least every district must have a child,” he said in Parliament Wednesday.

“Even if the places are 200, we will divide that 200 by our ten provinces and say 20 should come from Matabeleland North, 20 from Manicaland and so on.  This is what I mean by quota system. This is what we are going to be doing in the future because we have seen all other systems are a bit unfair.”

Dr Mangwiro acknowledged that the government could not continue applying the e-system due to challenges.

“By decentralisation, we mean we cannot apply what is happening in Harare to what is happening in Buhera. So, by decentralisation, we are giving power to the provincial areas who in turn will also select their people from districts. A district I am sure is going to go through chiefs or whatever and the selection criteria will no longer be centralised.

“Our job is to gather information and students from the ten provinces. The selection criteria cannot remain “e” only. There are areas where in a district people know there is no connectivity and they use whatever criteria they want, be it handwritten tests to choose their candidates.  What we want to do is to make sure that every district has got a chance to have someone apply and be accepted.  Our job is to collect the numbers, whichever method they will have used to bring them to the school they are going to be trained.”

However, Dr Mangwiro could not give specifics as to how this decentralisation system will be operational.

“By regional, I think it is the same thing as provincial or quota system but we are still working on modalities.  I cannot give you a specific date.  Once it is there, I will come and present to you,” he said.

The deputy minister noted in the past, students used to be recruited via application letters sent directly to the ministry or institutions that would be recruiting.

He said the old system had problems because of irregularities in certain schools that people emerged during the recruitment.

“So what we did, in the end, was to computerise or make this selection; E-recruitment where students apply online and then the selection of the students and candidates is done by the machine. However, we are also finding that there are problems. Students are too many to be trained for very few places,” said the deputy minister.

The old method of recruitment was called the Lottery System, an idea introduced by Dr Lawrence (L.O.S) Mantiziba, who sought to have an equal distribution of positions and training.

Dr Mangwiro highlighted that going forward, the ministry would have a quota system where each province produces a certain number of candidates.

“We have realised that centrally, it is also not selecting from all provinces. For instance, he mentioned St. Lukes and Tsholotsho where not even one candidate has been accepted for an e-recruitment. This is what we are going to be doing but for now, the selection was done as per a certain sequence that is tuned in by the selectors at Head office. However, we are going to try and correct that and put it into a quota system. Also, we will look at the age groups properly,” he said. 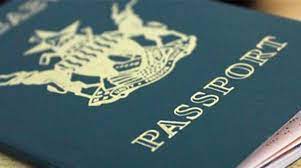 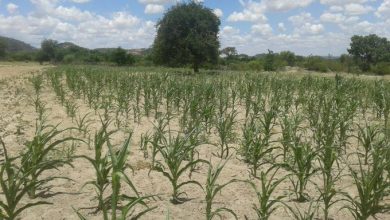