There is a need to invest in the development and promotion of traditional and complementary medicine in Zimbabwe, Parliamentarians have been told.

Chinhamo-Masango said the President of the Zimbabwe National Traditional Healers Association (ZINATHA) George Kandiero revealed that Zumbani was one of the traditional methods widely used in Zimbabwe to combat Covid-19 symptoms.

“It is also evident that even the urban population resorted to the use of the traditional and complementary medicines as the movement was restricted during the COVID-19 pandemic induced lockdown.”

She said in spite of this, little attention is given to the development and promotion of traditional and complementary medicines in Zimbabwe.

“It is therefore imperative now more than ever, to invest in the development and promotion of the traditional and complementary medicines in Zimbabwe, lest we become no more than a market of other nations traditional medicines,” she said.

The legislator added that although the Ministry of Health and Child Care has made efforts to put in place legal frameworks that enable the Traditional Medical Practitioners (TMPs) to practice freely, it was evident that a lot still needs to be done to demystify the practice.

She said there is stereotyping and use of derogatory language when referring to TMPs for example the term “witchdoctors, which is associated with evil.

“The enactment of the Witchcraft Suppression Act during colonialism limited the development of the practice and this led to the undermining and stigmatization of the use of traditional health care and systems.

“Most of the MCAZ staff operate as Conventional Medical Practitioners and have a bias towards the conventional health care system or medicines. For purposes of development, this would not yield significant progress; and Less collaboration between the TMPs and the Medical School at the University of Zimbabwe in conducting research on the traditional medicines,” said the Legislator.

Chinhamo-Masango also added that other challenges in the sector are lack of funding for research on the efficacy, safety and adequate of the existing and new indigenous and complementary medicines.

“There is the unavailability of land that is earmarked for the cultivation of herbs and no mainstreaming of the traditional medical practice in education curriculum,” she said. 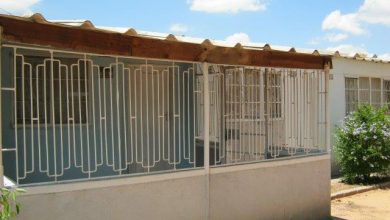