The Hwange Covid 19 task force is racing against time to operationalize the 5 Miles isolation centre which has been lying idle for over a year following a surge in new infections in the district.

Over the past week, the district has recorded over 700 cases with 155 being active and three deaths of which Hwange urban accounts for the most infections.

The isolation centre had been earmarked to serve as a district hospital before work was suspended 15 years ago due to structural faults. Following its approval by the government to be used as an isolation centre in 2019, resources were mobilised towards its rehabilitation.

However, all seemed to have been forgotten following the government’s review of lockdown regulations with the recent spike in cases forcing authorities to refocus attention to getting the centre operational.

The district had been relying on isolation and quarantine facilities in Victoria Falls for the management of cases, however, with the recent increase in Covid-19 cases in Hwange urban there was a need to establish these facilities.

The Taskforce held an urgent crisis meeting with stakeholders yesterday in an effort to mitigate the rising local transmissions.

Speaking during the meeting the taskforce chairperson, Ndumiso Mdlalose said the need for the identification of a quarantine centre and operationalising the 5 Miles isolation hospital was an urgent matter that would assist in curbing the rising numbers.

He said though most work particularly civil works had been completed gaps still existed in the form of medical and catering equipment.

“The isolation centre was completed save for a few gaps which mostly have to do with equipment. The beds were bought with some of the money that was donated by Sinohydro but medical equipment such as oxygen cylinders and other ancillary is needed especially when we begin to admit serious cases that will require ventilators. So there is need to properly equip the centre to deal with emergencies.”

Stakeholders said the current rise was a result of complacency by the public who were flouting Covid-19 regulations especially on the proper wearing of masks.

“There is a need for authorities to scale up the enforcement of regulations as people are no longer observing them. The wearing of masks is a major challenge that is being experienced and is contributing to the increase in numbers. The police need to scale up surveillance to ensure there is compliance,” said Hwange District Development Coordinator.

It was noted that Hwange Colliery Company accounted for the bulk of cases with 66 employees having tested positive. Meanwhile, medical practitioners have said challenges around contact tracing was also fueling the spread as limited resources availed to Covid 19 response teams stifling were efforts to flatten the curve.

The low uptake of vaccines in Hwange urban was another factor that was attributed to the spike in cases with the task force resolving to carry out massive awareness campaigns. The stakeholders identified a building which was used as a college premise with the ability to house 90 people as a quarantine centre. The building, however, has to undergo renovations before it can be certified for use.

‘We were excited about our future together’: Woman shares last moments with slain fiance 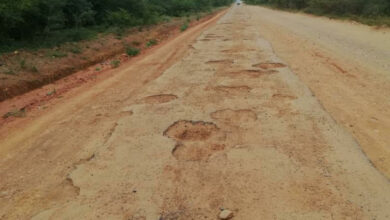 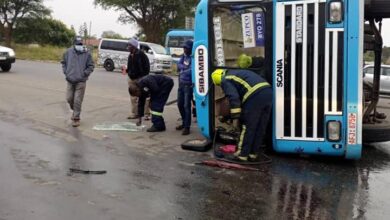