The widows of the 11 men who were abducted by the Fifth Brigade Army in Silobela, Midlands during the height of Gukurahundi in 1985 have said the theft, by suspected state agents, of memorial plaques to honour victims of the massacres is a sign that the government is insincere in solving the matter.

Ibhetshu Likazulu, a Bulawayo-based pressure group was on Sunday supposed to unveil a plaque in memory of the 11 men, but before they could do so, they discovered that it was stolen.

Another plaque was recently stolen a few hours after it was erected at Bhalagwe in Matabeleland South.

Speaking during the memorial service, relatives of the 11 men narrated sad tales of how they were abducted.

Annah Ndebele said although her husband Kefas Mike was abducted 36 years ago, she still relived that fateful day almost every day.

“I am still afraid of what happened that day. It is painful because it shows that they killed our husbands and their removal of this plaque proves to us that they are still fighting with us,” she said.

“This is a sign that they will also follow up on us because they are fighting. We are even scared to sleep because our husbands were also taken in the middle of the night.”

She dismissed any possibilities of villagers being responsible for removing the plaque “for what reasons really. The government knows our husbands were taken away; we are suffering and a laughing stock in the community.”

Reliving the day his husband was taken away, Ndebele said it was on a Wednesday in 1984 during the rainy season and it was dark outside when the security agents came to their home and took her husband together with her 11-year-old son who later returned back home around dawn.

“My youngest child was only two months old then and he instantly refused my breast milk that same day. He just became restless the hour his father was taken away.”

She said her children were raised under difficult circumstances and they never went to school.

“I think my husband was only taken because he was a Ndebele as all other Ndebele men in the area were taken away,” said the widow.

Another widow, Eva Hlongwane (wife of Velile Hlongwane) told CITE that her husband was taken in the middle of the night by men numbering more than 10 who had surrounded their homestead.

“It was during the middle of the night when a squad of men knocked at our door, I was breastfeeding that moment, when I asked who it was, they only said ‘ndini’ without telling us their names. When we went outside, we saw more than 10 men standing outside, they were carrying camouflage bags,” narrated Hlongwane.

“They told me to go cook sadza for them, I told them I do not have relish thus when they dragged my husband out of our homestead, I couldn’t even sleep that day, I was left with my children, the eldest was only form 2 then.”

She said her husband was employed by Council when he was killed.

“He was the one who was fixing community boreholes, I don’t even know the reason behind my husband’s abduction as he was a quiet person,” said Hlongwane.

“It was very difficult to raise my children all alone, they only went as far as grade 7.”

She added that “I am pained that the plaque has been stolen, I was happy that God has finally given us people who could assist us, but when it has been stolen, we are in pain, where are we supposed to go, we are suffering.”

“We don’t even know how to face the government under these circumstances,” said Hlongwane. 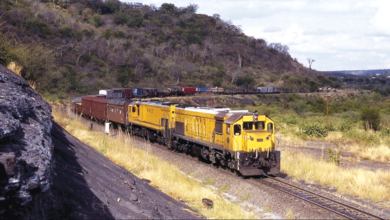 Woman commits suicide by throwing self onto moving train