Informal traders whose vending stalls have been demolished countrywide during the COVID-19 period are allegedly being  “punished for choosing a life of honesty under these trying times”, opposition Movement for Democratic Change (Alliance) has claimed.

In a May Day statement, MDC Alliance said it appreciates the sweat and toil put by workers every day in a bid to feed their families saying ” it takes courage, resilience and unmatched fortitude to simply wake up alive in this punishing economy”.

However, the party`s deputy national spokesperson Luke Tamborinyoka said informal traders who live by hustling in a highly informalised economy are being unfairly treated by the Government

“As a party borne out of the sweat, blood and tears of labour, we take this day to reflect on our genesis as a working people’s movement and the unwavering support we continue to get from all the working people of this country,” said Tamborinyoka.

“We salute both the few still formally employed and the millions eking out a living on the streets and the country’s pavements which have become zones of high transactional activity in this informal economy.

“To Zimbabweans in the informal sector whose vending stalls have been demolished by this uncaring regime, we salute you. We know you are being punished for choosing a life of honesty under these trying times.”

In Bulawayo, the local authority has indicated that more than 600 vendors who for years had been trading at the Fifth Avenue market in the central business district, would be allocated vending spots closest to their places of residence.

Weekend open-air flea market such as the popular Khothama market along 8th avenue has been abolished.

In Harare this week, the High Court ordered local authorities to stop the demolition of vending stalls and tuckshops in Epworth and Chitungwiza saying the act was illegal.

This was after a group of informal traders represented by the Zimbabwe Lawyers for Human Rights filed an application seeking to stop the council and central government from demolishing their vending stalls and tuckshops across the country.

Informal traders unions continue to appeal to the government to immediately release the cushioning funds as their livelihoods have been severely affected by the COVID-19 pandemic.

The government and various partners set aside about $600 million to assist vulnerable groups and cushion them against socio-economic effects emanating from the pandemic.

Each beneficiary is expected to receive ZWL$200.

However, some informal traders in Bulawayo have not yet received the cushioning allowances

MDC Alliance spokesperson said the government has given no support in terms of food rations and other basics during this lockdown as other countries are doing.

Some citizens have been bashed and brutalised for breaking down the lockdown rules by daring to go out of their homes in a legitimate quest to fend for their hungry kids, he added.

However, Tamborinyoka paid tribute to civil servants and millions of Zimbabweans in the diaspora.

“To the country’s civil servants and our uniformed forces sweating it out without adequate remuneration, we salute you. To the country’s dedicated health personnel working on the frontline in this pandemic to save lives without the requisite protective clothing, we doff our cap to you.

“Today, we pay tribute to all Zimbabweans slugging it out in foreign lands. Your hard work has brought a modicum of dignity to the families back home while your remittances have given some breath to our otherwise comatose economy. Your contribution deserves mention and indeed, we salute you today”.

He added that Workers’ Day should be used as a reminder and platform to express collective “displeasure at the deteriorating situation in the country and to call for a people’s government, for reforms and a return to legitimacy.

“The crisis of legitimacy is at the core of our collective predicament and together, we have pledged to express ourselves in a big way around that major national grievance”. 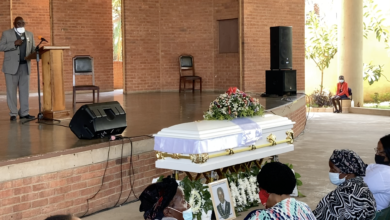