The Ministry of Primary and Secondary Education is investigating claims that an anti-piracy team is going around schools, burning pirated textbooks belonging to learners.

The education ministry says no one can access schools without receiving permission from its permanent secretary.

This comes after an anti-piracy team was said to be visiting schools, searching learners’ bags, confiscating all photocopied books and burning them.

The development caused a frenzy among parents and guardians who said the act would traumatise their children.

Some schools even went to the extent of sending parents and guardians messages, advising them not to give their children photocopied textbooks or even pack them in their bags until this situation blew over.

However, the ministry of education has instituted investigations over the matter, saying although it was aware of the issue -having been notified by parents – it could not verify if the incident had ‘really’ taken place or who was behind it.

“We have received complaints from parents over the matter but we are yet to talk to all the Provincial Education Directors (PEDs) and the District Schools Inspectorate (DSI) about what is happening. We have received many angles and are still looking into the matter,” said Director of Communications and Advocacy in the Ministry of Primary and Secondary Education, Taungana Ndoro in an interview with CITE.

“We want to find out who is behind this because no one approached us to do this programme and no one can just go to schools without having permission from the Permanent Secretary.”

Ndoro stated that the ministry would act on this seriously as it affected the well being of learners, who were meant to be protected while within schools.

One headmaster in Bulawayo, whose school was said to have fallen victim to the anti-piracy groups in social media dismissed this as fake news.

“In other words, it all happened on social media only. Actually, it was rumoured on social media that they came to my school when they hadn’t. As far as we know this has not happened at the rumoured schools we heard of. It was a whirlwind in the minds of rumour mongers,” said the headmaster who said the perpetrators of such should be identified and punished.

“Whoever is behind it or doing so is causing panic among both learners and parents.” 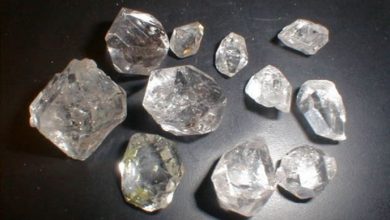