The government has been accused of seeking to further close the civil society space after some government officials ordered CSOs operating within their jurisdiction to submit work plans for 2021 accusing them of straying for their mandate.

Harare Provincial Development Coordinator Tafadzwa Muguti ordered all CSOs in the capital to submit their work plans for 2021 to his office, claiming many organisations had strayed from their mandate as stated in the respective Memoranda of Agreement.

Muguti, in his letter, said that would “not be allowed to manifest further.”

In response, Crisis in Zimbabwe Coalition, a grouping of 87 NGOs, noted the memo by the provincial administrators is part of a broader campaign by the state to close civic and democratic space ahead of the 2023 elections.

“Civil Society organisations under the banner Crisis in Zimbabwe Coalition have taken note of Memos circulated on social media which are attributed to the Masvingo and Harare Provincial Administrators,” said the grouping in a statement.

Crisis in Zimbabwe Coalition noted that these orders to control CSOs had been observed in other parts of the country particularly in rural communities.

“The two Provincial Development Coordinators actions and or conduct is outside the parameters of the law.”

A social analyst, Bernard Magugu added by trying to control the work of CSOs the Zanu-PF led government was violating their constitutional mandate.

“If we say a certain institution is non-governmental, it means that it operates within the constitution of the country and doesn’t really need to be subservient to the government of the day. This is why we are saying it’s a non-governmental organisation,” he said.

“But now if the government is making such demands it means, therefore, these NGOs are now governmental and conflicts their general constitutional mandate.”

Magugu claimed this was a sign that the ruling party was starting to strategise and plan how it could gain an advantage come elections.

“Therefore, this is a sign by Zanu-PF that they are very much afraid of anything, even their shadows. Zanu-PF thinks that the NGOs are involved in a regime change project, which is not quite true. These people are assisting those people who are apolitical. Even if apolitical they don’t ask for your political affiliation when making any assistance,” he said.

The social analyst said this was ‘typical’ Zanu-PF behaviour of wanting to dictate what other organisations did.

“But now they want to control everyone who is served by that NGO to pay attention to Zanu-PF, which is not very unfair. This is a gross miscarriage of justice,” he said.

ZAPU Southern Region Communication Director, Patrick Ndlovu indicated that it was a pity how the polarisation of the political space in Zimbabwe has led to this ‘unfortunate’ situation.

“It’s a fact that some NGOs are now a form of entrepreneurship while others are brazenly partisan in their actions. All this has played into the hands of Zanu-PF, which does not bring any alternative voice. They view any alternative opinion as dissent hence this witch hunt that would be abused to target genuine CSOs and NGOs carrying out their legal mandate,” he said.

Last year in October, while giving his State of the Nation Address (SONA), President Emmerson Mnangagwa tasked Parliament to fast track the Private Voluntary Amendment Bill in order for his administration to have total control over the operations of NGOs.

Mnangagwa accused the NGOs and private voluntary organisations of deviating from their humanitarian agenda and venturing into partisan politics. 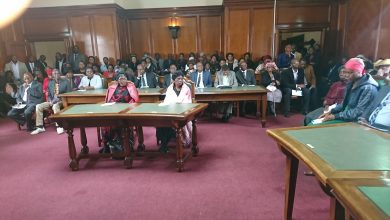 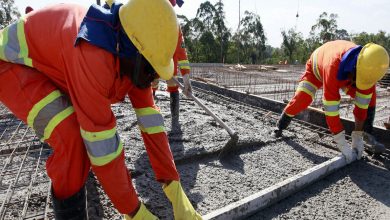 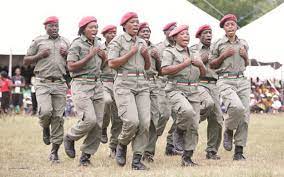