District offices and infrastructure for the Ministry of Women Affairs, Community, Small and Medium Enterprises Development are in a deplorable state of disrepair, Parliament was told this week.

The Parliamentary Portfolio Committee chairperson on Women Affairs, Community, Small and Medium Enterprises Development, Hon Chido Madiwa, said their fact-finding mission had discovered that not all was not well at the district offices across the country.

“The challenges, among others, are inadequate office space and insufficient project funding. This was highlighted by the Ministry officials during the Committee’s induction seminar held from 8 to 11 February 2019 at Montclaire, in Nyanga.”

To familiarise itself with those challenges, Madiwa said, the Portfolio Committee toured selected district offices and projects in Mashonaland East, Manicaland, Masvingo and Matabeleland South.

“The major concern that the committee was confronted with at the district offices visited was the deplorable state of offices and furniture that officers were using,” bemoaned Madiwa.

“To begin with, most if not all Ministry offices at the districts were rented. At Murewa Center, the Committee found that the Ministry was accommodated at Chimedza Complex at $220 per month; in Manicaland it was housed in the Agribank Building at $150 per office per month; in Chivi District they are accommodated in Chivi Rural District Council offices; while in Beitbridge it occupied an old building which used to be a police camp.”

She said the committee noted with concern that some offices were hardly suitable for use as public offices as they lacked basic requirements such as sufficient ventilation, were crowded, and in some cases too small.

“Ablution facilities at some district offices, such as Murewa Center, were not functioning,” she lamented.

“In Chivi and Beitbridge district offices were overcrowded as four officers were sharing one office. At Chimanimani District office, the Committee was informed that at least six officers were using one office. This greatly compromises the performance of officers. Privacy and confidentiality of clients seeking services related to gender-based violence and other forms of abuse could not be guaranteed. Lack of privacy was highlighted as the main reason restraining potential clients from bringing up cases with the Ministry.”

She said the unkempt premises needed face lifting to project the good image of the Ministry in districts.

Further on furniture Madiwa said her committee discovered that: “The furniture which was being used was old and damaged. This was either obtained from or shared with other Ministries. At Murewa Center, the Committee was informed that the three chairs used by the Ministry of Women Affairs belonged to the Ministry of Youth, Sports, Arts and Culture, and whenever that Ministry was having meetings, the chairs would be moved from the office.”

Are private commuter omnibuses and taxis back on the road? 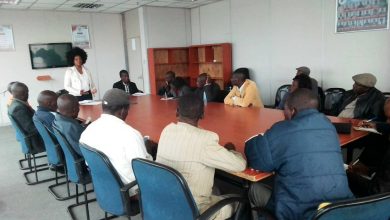