Tourism operators in Victoria Falls have pleaded with the government to be allowed to pay their electricity and water bills in foreign currency in exchange for uninterrupted power and water supplies.

Tour operators say the reduction of international and domestic visitors in 2019 has largely been fuelled by lack of electricity and water supplies in hotels and lodges, amid health threats.

Blessing Munyenyiwa, a local tour operator and Zimbabwe Tourism Authority board member said while the government is putting up strategies to cushion the sector, the tourism players had unanimously agreed to pay Zesa their bills in United States dollars as the load shedding is currently exceeding over fifteen hours per day.

He was addressing the minister of Environment, Climate Change, Tourism and Hospitality Industry Nqobizitha Ndlovu who was on a preopening tour of Mbano Manor hotel in the resort town today (Thursday).

“If we can (tourism ministry) sit with minister of energy in the meantime to see if there is a possibility where some of the tourism players be allowed to pay the utility company in foreign currency to help them with importation payment plan for us to get constant power, we think it can be win-win situation on both sides,” he suggested.

“We have just seen it happening with passports for the diaporians and we as tourism industry say we need power and certainly we want to be still able to pump water regularly.”

His sentiments were supported by Hotels Association of Zimbabwe vice president Farai Chimba who said the tourism industry was a fragile sector which needed to be handled with extra care especially in service delivery.

“We don’t have the capacity to either store the fuel or run on generators for more than fifteen hours, so our plea still remains that if something can be done to continue looking at the golden goose (tourism) as we call it as it brings us foreign currency reduction of load shedding hours that have been put up in Victoria falls.”

In response, the minister said he was aware of the plight before adding that government was working on getting private foreign investors to work on installing solar power plants.

“I got a message last week that it’s been days without power and it was beginning to affect water supply into the town.

“This is a cause of concern for us as issues of power and fuel should never be discussed in Victoria Falls…I think together with the city council here, we need to come up with a long term plan which might take Victoria Falls out of the grid.

He said there were a number of potential investors that they are in discussion to put in between 10 and 20 megawatts of solar energy.

“We just hope that we can have a facility that will ring-fence and make sure that the current and future plans in Victoria Falls are properly supplied in terms of power. I have not met the town council to hear what their plans are but from a government point of view, and in my discussions with the ministry of energy this is the way to go.”

“I don’t know how this is going to be achieved within the shortest period of time, but my target is that by midyear next year we must be at that point,” said Minister Ndlovu. 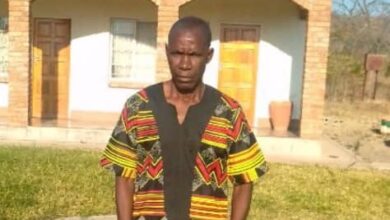 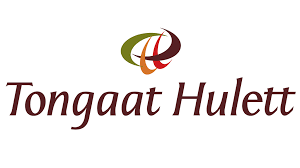