The Office of the President and Cabinet (OPC) must act decisively on illegal gold miners who go around communities causing chaos and violence, leaving locals terrified, Chief Nhlanhlayamangwe Ndiweni has said.

His sentiments come after gold-rich areas across the country have become hotspots for violent gangs made of armed illegal panners.

The chief challenged the superior office in the land to act decisively and put an end to the terror that came with these so-called illegal gold miners.

In some instances, fatal clashes reportedly occur when these violent gangs move into gold mining communities amid allegations that they commit crimes with impunity.

Responding to questions on what traditional leaders can do about such gold mining-related violence in communities, Chief Ndiweni said they could mediate for peace but the central government had to take the blame.

“For us traditional leaders, such violence is most regrettable because we saw this coming two years ago and central government did not do anything at all about this,” the chief told the press.

The chief noted that it was surprising how freely these gangs operated, violating laws as they did not even care about authorities.

“These gangs that are coming in are armed, organised and have new weaponry. Everything there is for them but what is glaringly obvious to everyone is why they are operating with so much impunity.

“It’s as if they are operating above the law – with tacit consent from a high office, as they seem to come and go as they please,” he said.

The police have been approached but often take a “step backward” if the violence involves these illegal gold miners, Chief Ndiweni highlighted.

“If you go to the local member in charge and try have the police out to address these gold wars related issues, the member in charge takes a step backwards. For me I will say I want to point a figure directly at the Office of the President. I want to ask them why haven’t they done something about this because for us on the ground, we have a feeling they have tacit support from very high offices,” the chief asserted.

He noted that it was important to question where illegal gold miners acquired weaponry and walked freely with it without authorities pouncing in on them.

“More importantly, where did they acquire these firearms? I earlier said this government purchased 3 300 AK47s, are they using those? I said this government purchased 600 sniper rifles are they using those and the thousands of rounds of ammunition. This is why I’m directing my question at the office of the president, to ask how they can allow lawlessness,” Chief Ndiweni said.

He added that due to lawlessness, the country had to reform and adhere to the rule of law.

“So for me, I cannot go to the member in charge at the local police (about the gold wars) as I need to go straight to the Office of the President because I smell a rat there,” the outspoken chief summed. 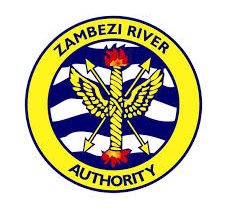