President Emmerson Mnangagwa returns to the White City Stadium in Bulawayo, April, to officiate in the Independence Day celebrations, almost two years after he survived a bomb blast that killed three security agents and injured scores of people.

This will be a first, for the national celebrations to be hosted outside of the capital city, Harare.

President Mnangagwa narrowly escaped the explosion after addressing a Zanu PF rally in the build-up to the 2018 harmonised elections but dozens of people, among them Vice President Kembo Mohadi and Minister of Defence, Oppah Muchinguri were injured.

The police have not solved the mystery that took place on June 23, 2018 with reports that the investigations into the White City Stadium bombing are turning into a ‘cold case.’

After the explosion, the multi-purpose stadium was cordoned off for more than two weeks as investigators probed the explosion.

In an interview with CITE, Presidential Spokesperson, George Charamba, allayed any security fears and said White City was the appropriate venue for the independence celebrations.

“People will come to White City and celebrate independence for the first time since 1980. We are happy with that decision and there is nothing to worry about so do not dampen the mood,” he said.

Charamba claimed the state settled on Bulawayo as first choice for the celebrations this year after widespread consultations before rotating to other provinces.

“You people think the state is divorced from people but the fact is the state reached this decision after widespread deliberations both within the party and generality of people,” said the presidential spokesperson, who is also Deputy Chief Secretary to the President and Cabinet in charge of Presidential Communications.

He underscored that the independence celebrations were a state event and therefore, would receive the necessary security attention associated with all state events.

“It is the state’s obligation to protect everyone attending and like we always do there would be sufficient security,” Charamba said.

Charamba predicted in the coming weeks people should expect to see government officials moving to Bulawayo to prepare for the celebrations.

“You will see teams coming down to Bulawayo, as the whole government will be shifting to Bulawayo. In fact, what is worrying us is the budget as people would spend half of their time between Bulawayo and Harare,” he noted.

The presidential spokesperson added the idea to rotate the independence celebrations in the country was borrowed from Uganda.

In 2018, the first event to be held at White City Stadium after the explosion was in July 21, where MDC leader Nelson Chamisa, held his final rally in Bulawayo before the July 30 elections.

The MDC also took no chances when Chamisa arrived to address his final rally at the multi-purpose sports facility, as everyone entering the stadium was searched while some sections were cordoned off by tape, including where the VIPs were seated.

Access to the VIP tent was restricted with security details closely eyeing everyone, including journalists.

Before the elections, the MDC-T led by Thokozani Khupe claimed it had cancelled a rally at the stadium in Mabutweni suburb because its supporters were afraid.

“We wanted to hold our rally at White City Stadium but our supporters are uncomfortable about the venue because of the horrific incident which happened there. Our supporters especially the elderly are really afraid,” said Nomvula Mguni, who chaired the party in Bulawayo at that time.

The White City Stadium explosion occurred after Mnangagwa was leaving the VIP tent to his waiting vehicle when a grenade was thrown in his direction.

Reports said the grenade ricocheted off a tent rope and, as Mnangagwa later recounted to the BBC, it “exploded a few inches away from me – but it was not my time”.

Early in 2019, reports said a crack team from the Criminal Investigations Department that included 10 detectives from Harare, was withdrawn from the probe in December.

Bomb experts from Belarus joined the investigation briefly who concluded the explosive device was an offensive fragmentation grenade made in Russia.

They projected that it had been lobbed in Mnangagwa’s direction from a distance of about 17 to 20 meters.

Two men, described as drifters who sometimes worked as commuter omnibus touts, were arrested and later released after it was established, they were not connected to the explosion.

Mnangagwa claimed days after the attack, he knew the identity of the bombers and they would be dealt with after 2018 elections, but no arrests have been made until now. 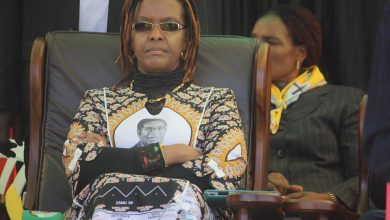