Opposition ZAPU has said it is all doom and gloom for Zimbabwean workers with wages in both the private and public sector having depreciated over time.

The remarks come at a time when workers across the world commemorate Workers Day Saturday.

In a press statement, Friday, ZAPU National spokesperson, Iphithule Thembani Maphosa, said the celebrations were a different story in Zimbabwe as the plight of workers is being worsened by the economic meltdown.

“As the world observes another occasion of workers day, widely referred to as the May Day, the conditions in Zimbabwe could not be further from what this commemoration ought to stand for,” said Maphosa.

He said every day brings even more difficulties as the country continues on the economic downturn with the workers bearing the brunt of the hardships which come with the government’s economic mismanagement, adding  those lucky enough to be in employment were getting pay well below a living wage.

“Pittance wages are not confined to any employment; both the private and civil sectors have seen the unrelenting corrosion of wages over a long period; the negligence and abdication of duty by the employers has reduced working conditions in all sectors to those akin to slavery,” said Maphosa.

“Most undignified in this category are educators, who for the past few years now have spent more time on industrial action than in their noble duties owing to government’s neglect and arrogance in addressing their valid grievances. In vain, our civil servants, with special mention of teachers have requested the most basic of workers’ rights such as good and humane conditions of work, a basic living wage. They have been met with arrogance and also a piece meal negotiating initiative through a clearly compromised tripartite negotiating initiative. Pacification and deception on the government’s part, a usual strategy of dividing to rule.”

In addition, the party also noted that migrant workers in countries such as South Africa have been exposed to a number of problems due to failure to secure proper documentation in their own country.

“Also in a bad space are Zimbabwean migrant workers in different parts of the diaspora. Most are politically and economically exiled nationals with no proper documentation which has exposed them to a number of problems especially in neighbouring South Africa where xenophobia and threats of it has been a constant problem for migrant workers,” he said.

“To add salt to the wound, the government of Zimbabwe recently hiked the price of the already out of reach passports. How irresponsible and uncaring. We wish we could say Happy Workers Day but with such matters, we can only use this platform to rally every worker in every sector to demand their rights to a dignified living,” he said. 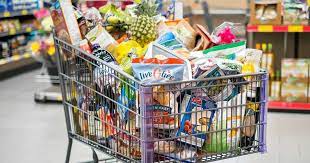