While the government is seemingly doing something to fight the cancer of corruption as evidenced by the arrests of high profile figures, analysts have said commitment by the powers that-be remains unpersuasive.

President Emmerson Mnangagwa who came into office in November 2017 following the ouster of late president Robert Mugabe vowed to leave no stone unturned in fighting corruption which is costing Zimbabwe millions of dollars annually.

The Zimbabwe Anticorruption Commission (ZACC) which was considered a toothless bulldog during Mugabe’s era has of late been all over the show arresting prominent people fingered in corruption scandals.

In July this year, ZACC arrested then Environment, Tourism, and Hospitality Industry Minister, Prisca Mupfumira, for allegedly swindling the National Social Security Authority (NSSA) US$95 million and abuse of office.

On Monday the Loice Matanda-Moyo-led ZACC arrested Minister of State for Presidential Affairs in charge of Implementation and Monitoring Joram Gumbo, also on allegations of abuse of office.

Gumbo, who is a former Minister of Transport and Infrastructural Development was questioned and released the same day on charges of criminal abuse of office involving US$37 million.

The charges arise from four separate incidents during his tenure as Transport and Infrastructural Development Minister.

These are: corruptly facilitating the awarding of a US$33,3 million tender to Indrastemas & Homt Espana of South Africa for air traffic control equipment without following the procurement procedure, nepotism towards his relative, Mavis Gumbo, by awarding her a contract to rent out her house to Zimbabwe Airways, corruptly reinstating fired Central Mechanical Equipment Department chief executive Davison Mhaka and disregarding the decision of the Civil Aviation Authority of Zimbabwe board to fire its general manager David Chawota.

Political analyst, Sipho Nyoni told CITE, Gumbo’s arrest was an indication it was no longer a secret that corrupt individuals at high echelons of power had captured the state.

“Corruption has become so endemic that it is now an embarrassment for the government to be seen to .be doing nothing about it,” said Nyoni.

“Joram Gumbo is certainly one of Mnangagwa’s henchman, well entrenched in power and privilege gained over a long time of being associated with ZANU-PF and Zimbabwe’s political class.”

Nyoni said the government still needed to do more to demonstrate its commitment in the fight against the scourge.

“While we appreciate the direction the anti-corruption commission is taking and the good work it is doing, it still has to be seen whether a conviction will come out of these arrests, though one should commend the efforts of the commission thus far,” said Nyoni.

“More needs to be done to bring the culprits to book; arrests should lead to convictions and not just be a way of settling political scores.”

Social commentator, Methuseli Moyo, said while the arrest of Gumbo was a welcome development, conviction of corrupt ministers would demonstrate the government’s seriousness in tackling corruption.

“The arrest (of Gumbo) is a welcome move as it will scare other ministers and public officials from graft or abuse of office,” said Moyo.

“However, the day a minister will be sent to Chikurubi (Maximum Prison) is the day people will be convinced the fight against corruption is really serious.”

Another political analyst, Rejoice Ngwenya, said Zimbabweans should not be fooled by Gumbo’s arrest to think the government was committed to dealing with corruption.

“This (Gumbo’s arrest) simply shows the government has mastered the art of deception and political illusions,” said Ngwenya.

“Why has it taken so long for Joram Gumbo to be arrested? What happened to the 2018/19 agricultural season command agriculture funds?”

Ngwenya further queried: “How many ZANU-PF big wigs have actually been convicted and jailed since January 2018? My take is that the government thinks Zimbabweans are stupid. Well, we are not, fortunately.” 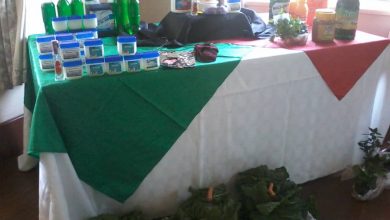 Women In Business urged to secure own markets