The United States government has said failure to address the Gukurahundi issue continues to fan divisions in the country and feeds into animosity between the Shona and the Ndebele ethnic groups.

“Unwillingness to acknowledge past atrocities or seek justice for victims continued to affect negatively relations between the Shona and Ndebele ethnic groups,” the US State Department said in its 2019 Country Reports on Human Rights Practices on Zimbabwe.

The report noted that historical tension between the Shona majority and the Ndebele minority resulted in the marginalisation of the Ndebele by the Shona-dominated government.

However, the report said, while ethnicism is a major issue in Zimbabwe, in 2019, senior political leaders refrained from attacking each other along ethnic lines to consolidate support ahead of the by-elections.

An estimated 20,000 people from the Matabeleland provinces and parts of the Midlands were killed during a pogrom that spanned four years between 1983 and 1987.

President Emmerson Mnangagwa has declined to apologise for the killings, while his predecessor, the late Robert Mugabe called it a “moment of madness”.

Mnangagwa has made some overtures to create closure, but activists say this is meaningless without an acknowledgement nor an apology for the killings.

Campaigners have demanded a truth and reconciliation process and reparations for the victims, while the government seems forging ahead with a much-criticised reburial process.

Furthermore, the report said that within the Shona majority, the Zezuru subgroup, who dominated the government under Mugabe, reportedly harboured resentment toward the Karanga subgroup after Mnangagwa, an ethnic Karanga, became president.

This could be ominous for ethnic relations in a country where nepotism and cronyism are rife.

The report also decries the unfair treatment of ethnic minorities.

“Some government officials continued to blame the country’s economic and political problems on the white minority and western countries,” the report said.

“Police seldom arrested government officials or charged them with infringing upon minority rights, particularly the property rights of the minority white commercial farmers or wildlife conservancy owners, who continued to be targeted inland redistribution programs.”

The Country Reports on Human Rights Practices, also known as the human rights reports, are produced annually by the US State Department and cover several rights that are enshrined in the Universal Declaration of Human Rights and other international agreements.

These reports, which cover all countries receiving US assistance and all United Nations member states, are submitted to the US Congress.

Tensions between Zimbabwe and the US are rising after the western nation renewed its sanctions regime against the African nation.

The US has also announced an asset freeze on two senior government officials. 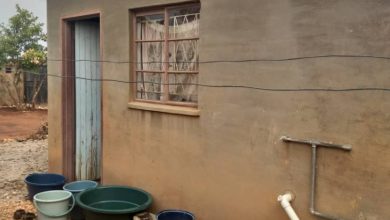