This is happening at a time when the country is preparing to hold by-elections on March 26 and the 2023 harmonised polls.

Team Pachedu discovered a number of discrepancies after analysing the voters roll, including changes to 156 polling stations, movement of 177 000 voters and registration of voters with unknown or unnamed residential addresses.

However, ZEC has since disowned the voters’ roll which the electoral management body released, claiming it had been tampered with.

Below is how the voters’ roll is handled and managed according to Section 21 the Electoral Act:

·         According to Section 21 (1) of the Electoral Act, every voters’ roll and every consolidated roll is a public document and open to inspection by the public, free of charge, during ordinary office hours at ZEC offices or registration offices where it is kept.

·         ZEC should within a reasonable period of time provide any person who requests the voters’ roll, and who pays the prescribed fee, with a copy of any voters’ roll, including a consolidated roll either in printed or in electronic form as the person may request.

·         Within a reasonable period of time after the calling of an election, ZEC has to provide, on payment of the prescribed fee, to every political party that intends to contest the election, and to any accredited observer who requests the voters roll, one copy of every voters’ roll to be used in the election, either in printed or in electronic form as the party or observer may request.

·         Fees prescribed should not exceed the reasonable cost of providing the voters roll concerned.

·         To every nominated election candidate, ZEC should within a reasonable period of time after nomination day in an election provide free of charge, one copy in electronic form of the voters roll to be used in the election for which the candidate has been nominated.

·         A hard copy of the voters’ roll should be provided by ZEC at the request of any nominated candidate, and on payment of the prescribed fee.

Some conditions on the issuing out of the voters roll

According to the Electoral Act, where a voters roll is provided in the electronic form its format shall be such as allows its contents to be searched and analysed.

Section 21 (8) of the Electoral Act reads: “For the purposes of any election the Chief Elections Officer shall, through the appropriate constituency elections officer, supply to every polling station sufficient copies of the voters roll for each polling station area determined in terms of section 22A(1)(a)(ii).”

Penalties for tampering with the voters’ roll

Section 21 (9) reads:  “Any person who, having been provided with a voters roll in terms of this section—

(b) without the prior written consent of the Commission, makes use of the voters roll for commercial or other purposes unconnected with an election; shall be guilty of an offence and liable to a fine not exceeding level ten or to imprisonment for a period not exceeding five years or to both such fine and such imprisonment.” 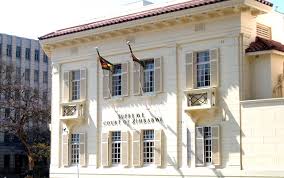 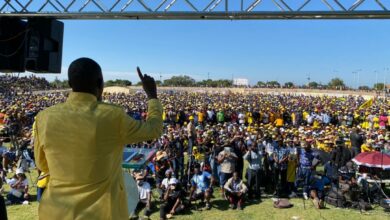 Chamisa charms Byo: Matabeleland will rise under our government