Ward 1 Councillor Mlandu Ncube recently claimed that there were plans by Members of Parliament from the Bulawayo Metropolitan Province to use their Constituency Development Fund (CDF) disbursements to drill more boreholes in the city, warning that it might expose residents to contaminated water.

Bulawayo has been faced with perennial water challenges forcing the local authority to come up with a cocktail of water conservation strategies including water rationing and shedding.

The scarcity of the precious liquid often forces residents to resort to other water sources such as boreholes and wells.

Addressing the full council meeting on August 7, held at the council chambers, Clr Ncube urged the Future Water Supplies and Water Action Committee and the Engineering Services department to look into the matter.

“It has been the talk of town that Members of Parliament will soon receive their Constituency Development Fund (CDF) disbursements. These MPs are known for politicking and drilling boreholes in communities.

“I want to find out what the chairperson (Future Water Supplies and Water Action Committee) what measures they are putting in place as a committee and department to inform these people that as the Bulawayo City Council we do not encourage residents to drink borehole water,” said Cllr Ncube.

In response, the committee deputy chairperson Alderman Siboniso Khumalo said the city is in need of more boreholes.

“If possible we will request the MPs to drill more boreholes for us because of the sporadic rainfall. In terms of water quality, we always encourage residents to boil borehole water before using it, even though the quality is good,” said Ald. Khumalo.

According to the latest council report, the Director of Engineering Services reported (24th June, 2019) that currently, 334 boreholes were operational whereas 15 were not working and 28 were yet to be equipped. The quality of the water at most of the boreholes was fairly good.

Is borehole water safe for drinking?

Borehole water is naturally salty because it is drawn from deep-down the ground and the degree of saltiness will depend on the nature of rocks in the water table from which it is drawn from. Bacteriological quality of borehole water cannot be guaranteed since the water is untreated and subject to contamination at any time from environmental factors like sewer overflows and bacteriologically contaminated soil. Residents are therefore advised to boil borehole water before drinking.

Are residents allowed to drill their own boreholes?

All boreholes drilled in the City of Bulawayo should be drilled with the consent of Council. A letter from the Council will normally inform the applicant to register the borehole with ZINWA. Any illegal drilling of boreholes should be reported to BCC and ZINWA. In the absence of such reports, Council would not be aware of such illegal drillings.

According to the Bulawayo (Sewerage, Drainage and Water) By-Laws Statutory Instrument 390 of 1980 – Borehole Use and Connection Conditions, section 44 (1) No person shall use water from a borehole for drinking purposes of for watering animals if such borehole is situated less than thirty metres from an aqua-privy, pit latrine, cesspit, septic tank or french drain. 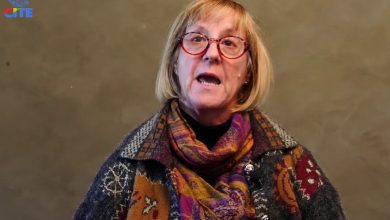