Matabeleland North government officials are trying to come up with some form of compensatory system for villagers who bear the brunt of human and wildlife conflict.

The province is home to the Hwange National Park, whose animals encroach into surrounding villages in search of food and water.

This often leads to violent interaction with locals, amid claims that last year alone, over 80 people were killed by elephants.

Unlike other countries such as neighbouring Botswana, Zimbabwe currently has no government policy on paying compensation to affected villagers, although officials say areas with the Community Areas Management Programme for Indigenous Resources (CAMPFIRE) project do try to assist those who are affected.

“We are having a bit of problems at Hwange National Park because of climate change. There is insufficient water and food within the conservancies and animals are now straying into human settlements. We are having many problems and that has led to human-wildlife conflict, as the animals are also destroying villagers’ crops,” said Godfrey Mukwakwami, Matabeleland North Director for Economic Development said to the United Nations (UN) Resident and Humanitarian Coordinator to Zimbabwe, Edward Kallon who had paid a courtesy call to the province.

Due to the incessant human and wildlife conflict, Mukwakwami said the province was mulling how to come up with a compensatory system.

“We are trying to come up with some form of a compensatory system whereby the affected villagers, most of whom are of a lower income, can be compensated. We will be glad to have some technical assistance from your organisation as to how that can be addressed,” he said.

“As you are aware, wild animal herds are controlled by conventions, we just cannot dispose of them. There are a lot of laws which protect those animals. There might be a need to have some study of some sort to see what can be done to address the human and wildlife conflict happening in those areas adjacent to Hwange National Park.”

In response, the UN resident coordinator, acknowledged he was aware of the human and wildlife conflict, having been briefed about it when he visited Hwange National Park.

“That issue was brought to my attention but thanks to colleagues who have helped us understand what is happening there because of climate change and its impact,” he said, noting these challenges could worsen.

“I’m sure there are going to be more problems than you are correctly experiencing because it is going to be dryer and dryer, these animals have nowhere to go and will encroach on communities making it unliveable.”

Kallon noted he would look at how UN systems could assist.

“The elephant population is so large from the statistics we are told. I think this is something that I will bring up when I’m back in Harare to try and sensitize people. Something needs to be done definitely,” he said.

“There are a lot of challenges there because of Covid-19, as the park said they were not getting tourism and even revenue to run it was a problem. The park is still a huge catchment and they don’t have the resources and facilities to spot types of animals there. So, a lot has to be done.”

Speaking at one developmental reporting workshop, Chief Director for Monitoring and Evaluation in the Office of the President and Cabinet, Anderson Chiraya, had said compensation was an issue that had to be looked at, as Zimbabwean authorities were “crying to sell elephant tusks and get money.”

Top Midlands cop, mines director fingered in a displacement row of villagers from a gold-rich area 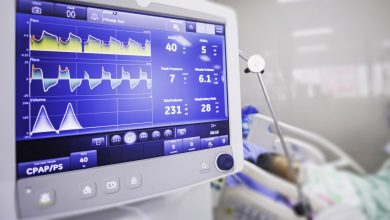