Dhlamini is accused of violating party rules by refusing to step down from his position as mayor to make way for the preferred party candidate, Ward 1 Councillor Margaret Valley.

On February 24, Hwende wrote to Dhlamini informing him of the party`s decision to terminate party membership and subsequently recalled him as Ward nine councillor and mayor.

However, in his founding affidavit, Dhlamini accused Chamisa of discrimination arguing that the decision to expel him “is totally regrettable and uncalled for.”

Dhlamini argued that according to the Constitution of Zimbabwe, and in particular Section 129(1) (k) as read with section 278, he can be only recalled by the party which he was a member of when he was elected to office.

“The question that needs to be asked and answered is whether or not at the time of the election, I was a member of the second respondent (MDC Alliance) or third respondent (MDC-T). I must state that at the time of the election, I belonged to and which went into the Composite political Agreement with other six political parties was the MDC Tsvangirai led by the late Morgan Tsvangirai,” wrote Dhlamini.

“The third respondent (MDC-T) was led by Welshman Ncube. Also, these parties remained independent political parties. None of these parties were dissolved in terms of their respective constitutions. According to the letter of recall, Hwende says that it is the MDC that has recalled me. Here, he has infused two entities, the MDC-T and the MDC. The latter has no right to recall me.”

Dhlamini added that his ouster was in violation of his right to a fair hearing as he was never brought before any disciplinary body to answer to any charges.

He also argued that he was expelled from the party without being charged of misconduct as stipulated in the MDC Constitution, thereby violating his right to a fair administrative justice under section 68 of the Zimbabwean Constitution.

Dhlamini also accused Chamisa of discrimination after he singled him out for defying his directives making references to September 4, 2018, when Chamisa ordered Masvingo mayor Councillor Collen Maboka and Chegutu Municipality mayor Councillor Henry Muchatibaya to step down in favour of councillors who had lost the mayoral races.

He said none of the two mayors has stepped down from their positions to date.

“However, my colleagues have not been recalled whilst I’ve been recalled. I am therefore being subjected to unfair discriminatory conduct which is a violation of the Constitution,” he added.

Dhlamini wants an order declaring his recall and dismissal nullified. 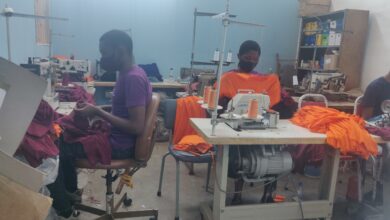