A former soldier who was nabbed while attempting to rob an elderly woman at gun point at her residence in Lobengula West has appeared in court.

Ian Sibanda (56) allegedly committed the offence with an accomplice, Learnmore Kwari who is still at large after escaping from the scene during the botched robbery attempt.

Magistrate Mjanja did not ask him to plead to the charges but remanded him in custody to November 17.

The court heard that Sibanda was disarmed and manhandled by his victim’s 24-year-old grandson using a golf club.

Sibanda is being represented by Maqhawe Mpofu of Samp Mlaudzi and Partners.

State representative, Terence Chakabuda, told the court that Sibanda was arrested while in possession of an unlicensed firearm with one live round of ammunition.

“On November 10, Sibanda and Kwari (who is still at large) proceeded to Lobengula West at the residence of Livia Matshazi at around 6:30PM. The pair went into the house and demanded money,” said Chakabuda.

“Sibanda pulled out a pistol from his waist and pointed it at Matshazi. Matshazi’s grandson, Brandon, armed himself with a golf club and used it to hit Sibanda on his armed hand.”

“Once Brandon had unarmed Sibanda,” Chakabuda said, “he called out for help from the neighbours who came to their rescue. A pistol with erased serial numbers and a live round of ammunition was recovered.”

Man stones father to death in dispute over food 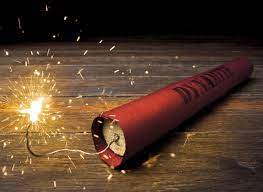 Man blows himself up with dynamite