POLAD is made up of Zanu PF and other smaller opposition political parties that participated in the 2018 presidential elections.

Dube did not mince his words when he said members of POLAD had no following, unlike the MDC that received substantial votes in the 2018 polls.

His views were revealed in an interview with CITE on his experiences during the liberation struggle to post-independence where he was active in politics.

The former minister said if Mnangagwa was properly advised by his team, he would have avoided some blunders such as committing to POLAD.

“His advisers should advise him, even now we know he’s talking of discussing with this POLAD, you see he’s taking more successful failures. I would rather call them successful failures because they don’t have any following. So to me, it is up to the advisers of the president to say look this is not the way to go,” Dube said.

The decorated war veteran suggested that engaging MDC was a better alternative to take the country forward.

“The way to go is to hold the bull by its horns, which is MDC that has the following of the people so that we discuss together and come up with a solution,” he said.

The former minister also pointed out that President Mnangagwa’s ‘many’ advisers were sleeping on duty as they were failing to offer him sound advice on how to run the country.

“When you say a lot of things have gone wrong, some people say you must say ED is responsible for everything but in my point of view, ED works with a lot of people. If he cannot receive advice from all those people, it means all those people are sleeping on their jobs,” Dube claimed.

Dube disclosed he was also unhappy about the situation obtaining in the country.

“How can I be happy when there are a lot of challenges facing the country? We all live in Zimbabwe, we know the problems that we are facing. It does not make anyone very happy,” he said.

The former war veterans’ minister who recently penned his biography, Quiet Flows the Zambezi, warned people could turn against the government for failing to solve Zimbabwe’s problems.

“We must think logically to say ask what we can do economically and socially. How do we look at our hospitals, our industry, mines and so on? We must put the right formulae and use those, then we will be alright. Unless we do that our future is bleak because we cannot go the way we have gone forever. There has to be an end somewhere for the better of the people. The people as well won’t just let us go on like this, they will turn against us,” Dube said. 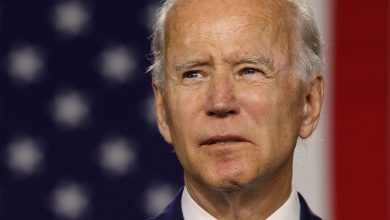 CIO agent in court for kidnapping