An ex-soldier from Plumtree’s Mangwe District who allegedly callously murdered his elderly parents while they slept at their home in September last year appeared in court on Wednesday facing two counts of murder.

Lisani Marcellus Nleya (44), in a bizarre act which shocked the entire village, allegedly bombed his parents’ bedroom using home-made petrol bombs, leaving them burnt beyond recognition before fleeing the homestead.

On Tuesday made indications to the police at his parents’ (Nicholas Nleya, 83 and Margaret, 78) homestead about how he carried out his fatal attack.

According to State papers, Lisani, who is the slain couple’s youngest son, accused his parents of bewitching him since his childhood resulting in him ‘failing to succeed in his endeavours as his siblings who are abroad.’

Plumtree Magistrate Vivian Ndlovu remanded him in custody to February 17.

State representative Willbrought Muleya narrated to the court that ahead of the killing incident, Lisani came to Zimbabwe from South Africa on September 1, 2020, and proceeded to Bulawayo.

Muleya said Lisani then hiked to Plumtree with his bicycle and three petrol bombs.

“He later proceeded to the couple’s homestead during the night armed with a machete, kitchen knife and some home made petrol bombs. He broke and opened the deceased’s bedroom window and later set the bedroom on fire using the petrol leaving the two to burn beyond recognition.”

Muleya said the police recovered one kitchen knife wrapped in a parcel wrapper, one machete, one homemade petrol bomb, one balaclava and his national identity card from a house in Emakhandeni suburb in Bulawayo where he usually sought accommodation when coming from South Africa. 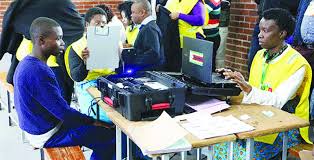