Doctors have allayed fears that the Covid-19 vaccines will be ineffective in neutralising the pandemic in the country.

Some citizens had pressed the panic button following reports that the AstraZeneca Covid-19 vaccine does not prevent mild to moderate illness in those infected with the South African variant of the virus.

It is believed that the South African variant has spread to Zimbabwe.

Speaking during a webinar titled “Is Zimbabwe ready for vaccination?” hosted by CITE and IAM4BYO Fighting Covid-19, Friday, Dr Mark Dixon, a consultant physician and senior lecturer at NUST said while concerns were genuine there was no need to panic.

He explained that there is proper evidence that there are at least six vaccines now that protect one from getting significant Covid-19 disease and any other vaccine one may endure mild side effects such as headaches, pain on the injected site, pain in muscles or slight fever.

“In South Africa they are doing these tests so that we know they are effective in Southern Africa. The Chinese vaccine as well has been proven to be effective against the new variant. We cannot complain both ways, we have had instances when Western countries wanted to test drugs in African countries. In this case they tested on their own people. People are right to say we can’t just translate their results to our own situation so we have to be careful.”

Dr Ritta Dlodlo, a public health specialist, who was also a panelist in the discussion,  emphasised that although new variants have been detected of late, there are high chances that the created vaccines can still be effective.

“It is understandable that the world responded to the original strand when the vaccines were created. The virus has affected millions of people and has been spread from one person to another. During this circulation, the virus has mutated thus resulting in different variants,” she said.

“However it is important to note that some variants may not be that critical hence the vaccines created for the original strand can still work perfectly well.”

Dr Wedu Ndebele, a spcialist pediatrician, lecturer and the Deputy Dean of the Faculty of Medicine at the NUST Medical School also concurred citing that the virus is still new hence doctors and scientists keep learning more about it.

“This is a novel virus which is still unfolding so we don’t have all the answers as yet but there will be close monitoring prior to the administration of the virus, during and afterwards. Zimbabwe is also doing genotyping in order to ascertain which variants are more prevalent in the country,” said Dr Ndebele. 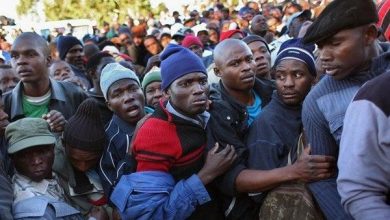