Irregularities in the Zimbabwe Electoral Commission (ZEC)’s delimitation of constituencies and electoral boundaries report currently debated in Parliament does not warrant the postponement of elections due later this year, Binga North legislator, Prince Dubeko Sibanda has said.

The preliminary report has attracted widespread criticism from Zimbabweans, with some demanding that ZEC starts afresh, a development likely to further delay the general elections set to be held between July and August.

Debating the report Tuesday in the National Assembly Sibanda said the variations or the failure to observe the law by ZEC in its preliminary report are not fatal to an extent that Zimbabwe should revert to the 2007/2008 Delimitation Report or be forced to postpone elections in order to give the commission more time.

“I am saying so because the issue of the census report is pardonable
because that forced ZEC to act within a particular point of time. It is my submission Hon. Speaker that while this recommendation has been made, there is no way that ZEC can start the process afresh because the horses have already bolted in terms of the first recommendation.”
He explained: “On the issue of misinterpretation and misapplication of the twenty per cent variance, I submit that within the timeframe that is left, ZEC can comply with the recommendations that were made by your committee and be able to make sure that it finalises the process of gazetting the Delimitation Report without affecting the time within which the elections are scheduled. However, for posterity and it is also important to take note that this is the first time that delimitation has been conducted in terms of the 2013 Constitution.”
Sibanda said going back to the 2007/2008 report was not something favourable because that report is overtaken by 15 years, obviously with a lot of things having taken place between 2008 and 2022.

“There has been so much movement of voters between different areas to an extent that the current report could be closer to speaking to the true reflection of the voter population distribution in this country compared to 2007/2008 and for that purpose, I am more amenable to the current report being adopted by ZEC with recommendations that have come from the Ad hoc Committee and from this House and that the nation should go ahead to conduct its elections within the time that it is meant to take place.”

He added: “We cannot at this moment condemn this report and then say let us have the work of moving the elections from the time that they were scheduled.” 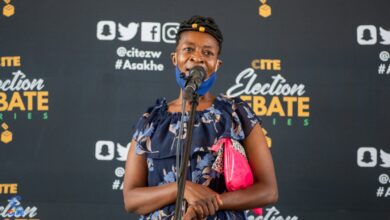 Opposition candidates fail to show up for election debate