Bulawayo City Council (BCC) has moved to fine vendors and shop owners who do not properly dispose of their litter in a bid to keep the city clean.

Speaking during a full council meeting, Wednesday, the city fathers raised concern that vendors are creating a lot of mess despite the council’s efforts to maintain hygiene.

Ward 22 Councilor Rodney Jele suggested that the local authority should come up with policies of penalising those who illegally dispose of their litter.

“Your Worship, the council has made an effort to clean all the litter lying around at places where vendors trade but this has not been appreciated. A few moments after litter is collected, more is dumped there. Can the vendors not at least have a systematic way of disposing of their litter?” Cllr Jele said.

“Can we not come up with policies to make people who illegally dump their litter pay a stipulated amount of fine? This policy should also reach out to shops or shopping centres that do not clean their surroundings. They must learn how to properly dispose of litter so that when garbage collectors come, they can just pick it up.”

Ward 4 Cllr Silas Chigora said the council has to take action against vendors who sell their wares on pavements, blocking passage for people especially along 6th Avenue.

“Some vendors are now running shops on pavements. They have put pallets where they arrange their merchandise and sell their wares. They are not paying any rent to the council but they are creating congestion. Residents struggle to walk on pavements especially when it is raining because there would be limited space,” Cllr Chigora said.

“It is important for the council to just deploy personnel one day to disperse those illegal vendors. After selling their stuff they do not clean the area, they leave a lot of litter lying around. Something needs to be done to rectify the situation.”

Cllr Pilate Moyo highlighted that the council should allocate personnel to compliment gabbage collectors to pick up litter from undesignated dumpsites.

Health, housing and education committee chairperson Ald Monica Lubimbi concurred with the sentiments citing those measures will be taken to come up with binding policies. 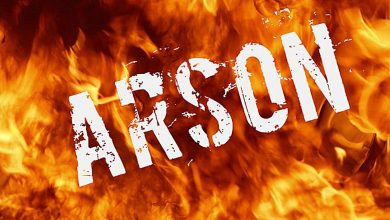