MOVEMENT of citizens without key documentation such as National Identity cards (IDs) has been difficult and challenging during the Covid-19 induced lockdown order meant to curb the spread of the disease.

A national ID is a formal document used to prove a person’s identity and is issued under the statutory laws of Zimbabwe in terms of the National Registration Act Chapter 10:17.

People found without IDs, exemption letters at various police checkpoints were either turned away and worse, arrested for loitering or breaking the Covid-19 lockdown regulations.

Since the start of the national lockdown order by President Emmerson Mnangagwa on March 30, 2020, police have arrested almost 20 000 people countrywide, for defying lockdown regulations.

Magwizi’s ZPRA is one of the voices which have highlighted that producing national ID cards has been a major challenge for some people, particularly from Matabeleland, as they do not even have these documents let alone birth certificates.

Khulani Sibanda (36), a father of three from Pumula Old suburb, said the Covid-19 lockdown brought more misery to his life due to lack of an ID.

“I don’t have both a birth certificate and an ID, same applies to my three children. I’ve been excluded from all government programmes or receiving relief aid because I don’t have an ID that says who I am,” he said.

Sibanda’s parents were killed during Gukurahundi and grew up without documentation.

Lack of documentation is one of the major issues affecting people in Matabeleland and Midlands, as their parents were killed during the Gukurahundi genocide.

About 20 000 people in Zimbabwe’s southern region were killed by the State-sponsored North Korean trained Fifth Brigade army in the early 1980s under the guise of fishing out alleged dissidents.

“People who don’t have documents may not have wanted to remain document-less. They were denied documentation because the reasons for the death of their fathers will be backdropped to Gukurahundi where they died before they received documentation,” Magwizi said.

Magwizi, lamented that the government has also not gone to the rural areas to issue documentation to the Gukurahundi victims.

“Home Affairs dilly-dallies to give people documents taking advantage of Covid-19 saying ‘you can’t group people together’ but it is denying people human rights and security,” said the veteran.

He noted, others lack information on requirements for birth certificate applications, and are unable to pay the required fees.

In an interview, Ward 17 Councillor Sikhululekile Moyo, confirmed there are people without IDs including dozens of undocumented children without birth certificates in Bulawayo, today.

“Dozens of undocumented children in Bulawayo’s Ward 17 are deprived of their basic right to education, as they do not have birth certificates,” she said.

Moyo also noted that some of these children do not have birth certificates because their parents also did not have IDs themselves.

“For parents to acquire birth certificates for their children at the Registry offices, they too are required to produce IDs, which they do not have. Other people lack information on the requirements for birth certificate applications, while some are unable to pay the required fees,” she said.

Reports indicated over 40 percent of children in Matabeleland North, Matabeleland South, and Bulawayo do not have birth certificates due to these challenges.

Due to Covid-19 pandemic, the government had temporarily closed the Central Registry offices, as part of the Covid-19 lockdown which meant no one was able to acquire such documentation during that period.

However, the Cabinet announced on Tuesday the reopening of the Central Registry to commence the issuance of birth certificates, death certificates, national IDs and passports.

“Measures are being put in place to avoid overcrowding and compliance with COVID19 Regulations,” said Information Minister, Monica Mutsvangwa during a post-cabinet media briefing.

Contacted for comments on what the government was doing regarding the issuance of documentation to the victims of Gukurahundi, now that the Central Registry Office had opened its doors to the public which were not operational due to the COVID-19 pandemic, Mr Ndavaningi ‘Nick’ Mangwana, the Permanent Secretary in the Ministry of Information, Publicity and Broadcasting Services said, “It is not the issue of IDs alone but birth certificates as well. So, there is a mechanism that has been put in place to roll out the programme. The best person to call is the Home Affairs Department…..,” he said, in a telephone interview.

Sikhululekile said,  in light of the eased lockdown measures, she would engage community officers in the several departments responsible for processing birth and death certificates to ease the backlog.

“This is some of the work I have to do as a councillor and will assist youths in Pumula that have challenges with IDs and Birth Certificates. I also have to engage relevant stakeholders to assist youths in accessing IDs. We will continue working with CSOs that play a role in making sure that conditions at the Registrar’s office are improved on,” she said.

In a telephone interview, the leader of Matabeleland Collective, Jenny Williams revealed that the issuance of documentation to the Gukurahundi victims hasn’t begun as yet.

“As to exactly when it is going to start it would be more important to speak to the acting Registrar General. Right now, we are waiting for them to do some other administrative processes,” she said.

Meanwhile, Magwizi is of the view that the Covid-19 pandemic has been weaponised by the state to curb citizens’ rights.

“If Covid-19 was a disease, South Africa has been easing regulations, why can’t Zimbabwe ease? We know most of the cases that drove up the numbers in the country were imports from South Africa and if South Africa eases will Zimbabwe still remain closed. If it does then it may be a political clampdown,” Magwizi said. 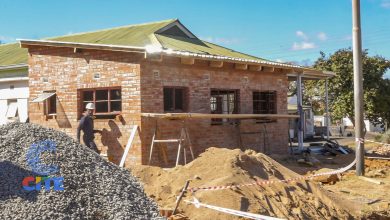 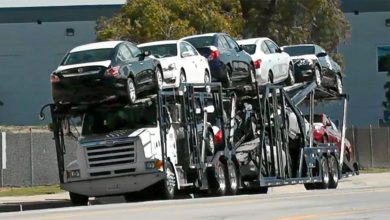