A convicted serial killer, who is on death row for two counts of murder has been acquitted on a third murder charge when he appeared at the Bulawayo High Court, Wednesday.

Freddy Dube (34) of Toro Village in Lower Gweru was earlier this year sentenced to death by hanging in the same court after he and his sibling, Thinkwell Moyo (36), were both convicted of the murder of a Bulawayo taxi driver and a Silobela flea market trader.

The court heard the three gruesome murders were all committed between March and April 2018.

In the latest murder case, Dube, Moyo and another accomplice Never Mpofu (24) allegedly teamed up and robbed another Bulawayo taxi driver of his Honda Fit vehicle, two cell phones and gruesomely stabbed him on the neck, hands, ribs and stomach.

The trio denied the allegations against them before High Court Judge Justice Maxwell Takuva.

Dube, through his pro deo (without legal fee charges) legal representative Bob Sansole of Sansole and Senda Legal Practitioners escaped a third conviction after the State failed to prove beyond reasonable doubt his participation in the commission of the offence.

According to the State led by Nokuthaba Ngwenya, the trio attacked Tinashe Hunyenyiwa (34) on March 26 after they had hired him to ferry them to a mine in Inyathi.

Ngwenya told the court that the trio drove along Bulawayo Drive and then veered off the road into a nearby bush.

Sansole, Dube’s lawyer, argued that according to the evidence led by the State, there was nothing linking his client to the commission of the offense hence should be set free.

“My Lord, the evidence presented before this court by State witnesses never placed my client at the place of the commission of the offence. The person who bought the deceased’s cell phone from the accused persons did not identify Dube as one of the people who approached him when the transaction occurred. The investigating officer who testified before this honorable court also confirmed that none of the stolen property was recovered from him,” Sansole said.

“Instead, he clarified that the only property which was recovered from him was from the previous offense for which he was convicted and sentenced for. Due to these reasons, My Lord, I would like to make an application of discharge at the close of the State case because the State has failed to prove a prima facie case against my client.”

The State did not challenge the application, citing that none of the witnesses who had testified had associated Dube with the commission of the murder.

It noted that the only testimony which placed Dube on the offense was that of his co-accused sibling, Moyo, who had implicated him in the matter.

Justice Takuva ruled in favour of Dube, stating that placing him on his defence would only lead to him incriminating himself.

“It is important to have evidence linking accused person to the offence. Confession by one accused person is not admissible by the other, it can only work against them. Witnesses told this court that you were not present when the cell phone was sold neither were any of stolen property recovered from you. For these reasons the court retains a verdict of not guilty and acquitted,” the Judge said.

Justice Takuva postponed the matter to November 11 for continuation of trial as the remaining two accused persons continue with their defence. 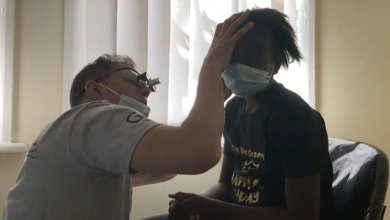