Family members and mourners who were gathered at the residence of the late national hero, Dumiso Dabengwa learnt with disappointment and shock that his body was left behind in South Africa without the knowledge of his widow, Zodwa Dabengwa.

The wife was reportedly told mid-air, by the pilot that her husband’s body was not in the plane. The plane touched down at the Joshua Mqabuko Airport at 11.55am with hundreds of mourners including ZAPU members and Bulawayo residents waiting to welcome their fallen hero.

Also waiting at the airport VIP lounge Vice President, Kembo Mohadi in the company of Oppah Muchinguri, Sydney Sekeramai, Obert Mpofu, Patrick Chinamasa and other government officials.
However, the expectation was short-lived as other family members and mourners were informed Dabengwa’s body did not come with Makhumalo.
Before the plane landed, it is believed that the defence minister received a call, after which she conferred with Chinamasa and later spoke to Mpofu.
Mpofu then informed senior ZAPU officials and family members who were at the VIP lounge that Dabengwa’s body was left behind.

After the plane had landed, VP Mohadi told the press that the cargo space was too small to accommodate the coffin. He added that government would make arrangements for the body to follow by other aircraft, even if it was not a direct flight to Bulawayo, whereas if it landed in Harare the airforce would be tasked to fly it down.

“Unfortunately the body could not come with this plane we are told that the holding was very small so the body remained behind we are making arrangements that his body be flown into Zimbabwe either this evening through any other aircraft but not direct to Bulawayo because this is the last plane from South Africa to Bulawayo.

“If we are going to have other arrangements as we will decide then to charter a plane but for the time being, we don’t have those arrangements. We have to try to have his body and when he comes to via Harare, the airforce will take over and bring him home here that’s what we have agreed and that is what is going to happen,” he said then.
it has since emerged that when the VP met Makhumalo and the family at the airport VIP lounge, she firmly refused for her husband’s body to be flown to Harare.

In she wanted to return immediately to South Africa on that same flight.
The VP then assured her that the body will be flown straight to Bulawayo.
In the same meeting, ZAPU Acting president, Isaac Mabuka, requested that the government respect the family’s wishes even though it was funding the funeral and told Zanu PF, as a political party to take a step back.

At the Dabengwa residence, family spokesperson Gibson Sibanda announced to the mourners that the body would arrive tomorrow in Bulawayo after boarding the 10am flight that leaves South Africa.

“The family have put their foot down and said they were the ones’ who were in charge of the burial plans they should be respected.

“They have asked not to interfere with their plans even during the burial day including the programme and speakers lined up to speak,” he said.

In an interview with CITE at the residence, ZAPU Youth Front, secretary general, Vitalis Bafana, claimed Zanu PF politics were at play which had resulted in Dabengwa’s body not coming.

“We are deeply saddened by the passing of our father but I want to set the record straight, we expected the body to be at the airport but what I saw there is really surprising and we were left in shock. The family didn’t know the body wasn’t with them. Politics is at play and Zanu PF wanted to hijack the programme.

We say as ZAPU youth we condemn such acts, Dabengwa did not belong to Zanu PF but belongs to everyone,” he said. 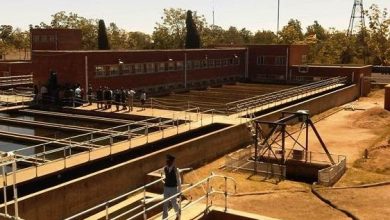 Defective valves to be replaced at no cost: BCC 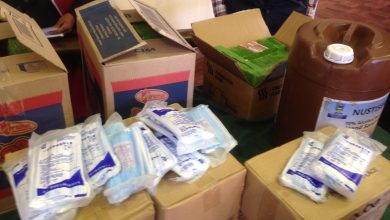